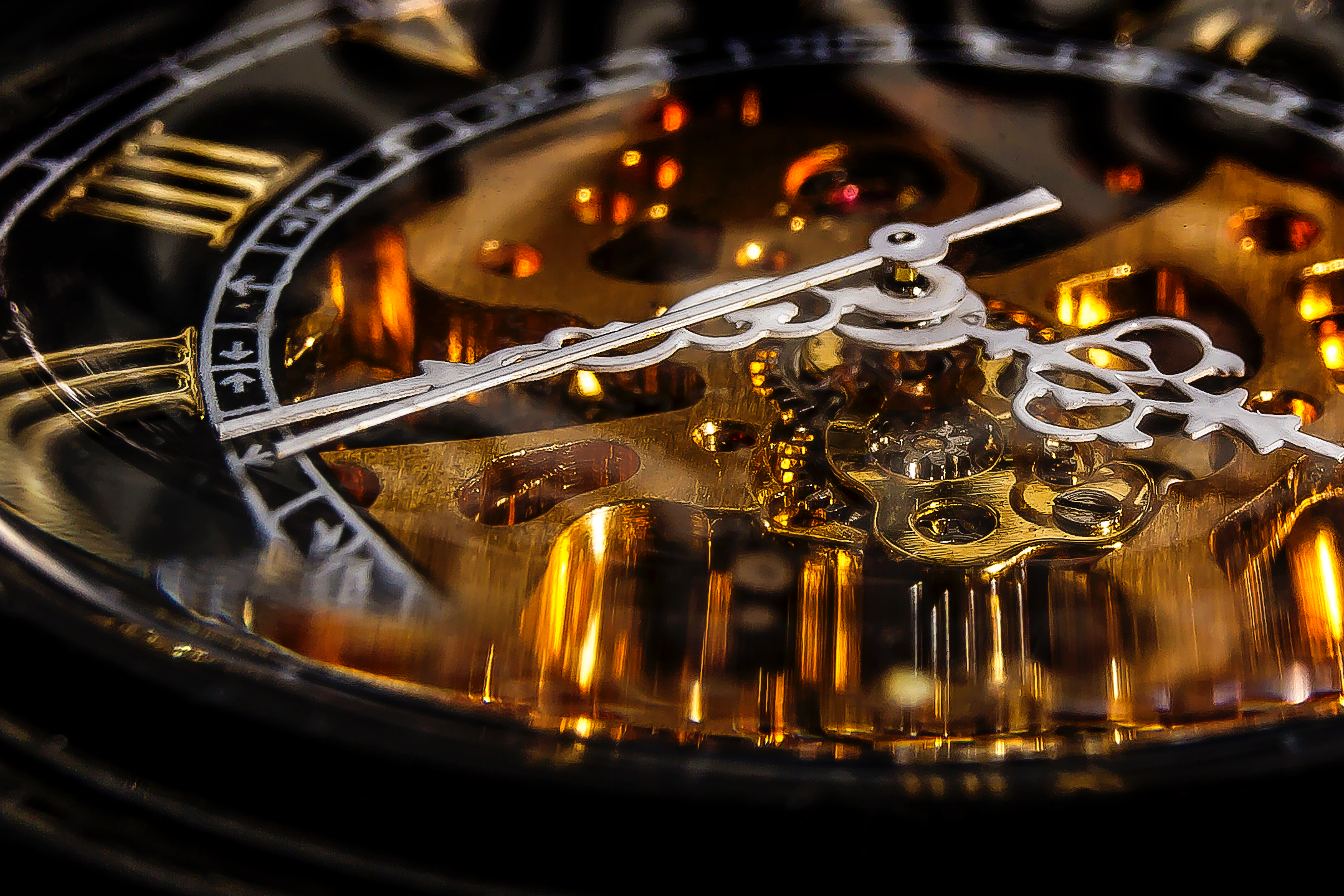 Swift is truly protocol-oriented language. Since introduced in  WWDC 2014 and open sourced in December 2015,  it become one of the popular language for developing iOS application. You can watch this WWDC video to know about protocol oriented programming with Swift. In the recent days, protocol-oriented approach is definitely dominated the object oriented approach at least for Swift. It means we have to gradually forget about writing classes and start writing protocols instead. In this detailed and step by step blog post, we will see how to drive development from behaviour  a.k.a BDD using Swift protocols, extensions and enumerations.

Behaviour Driven Development a.k.a BDD in the Swift or iOS development world is always challenging because of lack of proper BDD tools like Cucumber for Ruby, SpecfFow for .NET or Behat for PHP. There is a Swift library  XCTest-Gherkin  from Net-A-Porter group and objective-C library  Cucumberish from Ahmed Ali which are available for iOS development to achieve BDD but they are not as powerful as from other languages. It’s still possible to make great use of Swift features like protocols, extensions and enumerations while writing acceptance tests or doing Behaviour Driven Development a.k.a BDD. We will explore that option in details in this post.

Just in case, you are new to BDD a.k.a Behaviour Driven Development  is a process of bridging the communication gap between technology and business people using the same language so that business people can contribute to specification and programmers can use those specification to write the code.

BDD is a term coined by Dan North to overcome the pitfalls in Test Driven Development and bridge the communication gap between business and technology. In a summary, it works like this:

I assume that you probably aware of BDD process and we will jump straight into the topic.

At this point, we got basic BDD concepts, let’s apply those principle in Protocol Oriented way.

Now that, we got an idea how to implement BDD steps in the protocol-oriented way. Let’s dive in to the code

Now that, we have template code for our new app. We also have our requirements ready. Let’s write a protocol in the UI test target so that we can list all the requirements for the Greeter feature. Create a new file called Greeter+Protocol.swift  and add our requirements.

Let’s make our test  GreeterUITest.swift  to confirm to Greetable protocol, that means we must have those methods in the XCUITest class in order to compile the test target. Let’s add them so that our test file will look like this:

What we have done so far, watch the GIF below.

At this point, we wrote scenario titles in terms of XCTest methods. Now, it’s time to write Given/When/Then a.k. a GWT and start implementing it. Remember, we don’t have to follow Gherkin syntax here, feel free to use any format similar to GWT. We don’t necessarily follow Gherkin syntax.  We will write some GWT in the test methods which looks like this:

Use XCUI API to drive behaviour from GWT

At this stage, our target should compile but it’s not doing anything at the moment. We will drive the behaviour for the first scenario using  XCUITest API for launching app and check if button exist. The sample code for these will look like this :

Let’s try to execute the test testHomeScreenHasGreetButton()  from Xcode Test navigator. We will see that first step for launching an app will pass but second one for Greet button will fail. It’s true because button with accessibility identifier ‘Greet’  doesn’t exist yet.

Let’s implement button in the app in order to make this test pass. Follow the steps below

Now that we have a button on the home screen with accessibility identifier ‘Greet’ which isn’t doing anything but our first scenario checks existence of the button. Let’s  run the first scenario from Xcode and Watch that Test is passing !

Congratulations ! You have implemented your first scenario using protocol-oriented BDD approach. Let’s carry on and implement other scenario too.

Now try to execute second scenario, you will observe that first step will pass as we have button with accessibility identifier ‘Greet’, It will tap on the button and look for the message text ‘Welcome to POP’ but it will fail. It’s true because we haven’t implemented that welcome message yet.

In order to make the second scenario pass, we have to implement the welcome message. Follow the steps to do that

Now that, we have our label in place, we have to tell the button that when button is pressed then label should change to text ‘Welcome to POP’. Add the following code the function associated with button.

That’s it ! Now execute the second scenario from Xcode and you will see it’s passing.

Watch it in action :

We have implemented all the features using protocol-oriented BDD approach. It’s time to refactor and tidy the things up.

In the Greeter+Extensions.swift  file, we have placed XCUIElements randomly. We can use Swift Enumarations to store all the elements for that particular feature. Let’s create a new file Greeter+Enum.swift  and store button and static text.

We can use those elements in the extensions so that our steps become more readable and looks like this :

Now that, we have reached to the point where we can do BDD using Protocol, Extensions and Enums, however we have performed lot of steps to achieve this. It would be great if we can quickly setup the framework code and get going with BDD. XCFit is the solution to get started quickly. In this section, we will see how we can save time by using XCFit templates and pre-defined steps.

XCFit is a full stack BDD framework for the iOS applications, It provides automated Xcode template as well as pre-defined steps. You can install XCFit templates package using RubyGems or HomeBrew. Let’s use Rubygems for now

XCFit has automated Xcode templates which provide skeleton code for the protocol-oriented BDD. The templates with Xcode Groups and required code can be downloaded using command

Now that, we have XCFit Xcode templates installed which can be used inside app as new targets. In our Greeter app, select File->New->Target choose iOS and you will see new targets available there. Select ‘Protocol BDD’ for the Protocol Oriented BDD and give it name or keep it default as GreeterProtocolBDDTests. You will see the template code is automatically generated us. You probably need delete XCUI Template test file YOUR_TARGET_NAME_Test.swift as we won’t be using this file.

Now, rename the template file to use Greeter feature, so we need to rename following file in the newly created target

replace the template code with the code we implemented above and we will see the test are still passing for the new XCFit target.

Use Pre-defined Steps from XCFit

XCFit Swift framework provides lots of pre-defined steps that can be used straightaway into the test with no need for implementation. It means step definitions are already implemented for us so we don’t need to write extensions. In order to use pre-defined steps, we need to import XCFit Swift framework into our target. Let’s use GreeterProtocolBDDTests target for that. We can either use CocoaPods Or Carthage to import XCFit. You can find detailed explanation on how to do this here. We will use CocoPods here. We can generate template Podfile using XCFit command

This will setup Podfile in our project, we need to replace PROTOCOL_BDD_TARGET = “GreeterProtocolBDDTests”. Make sure unwanted targets in the Podfile are commented. Now we can install dependencies using

We have to close the current Xcode session and open Greeter.xcworkspace

Now that, we have imported XCFit library. Let’s create new test in the GreeterProtocolBDDTests  target to use XCFit pre-defined steps, we need to import ‘XCFit’ in the test as well as extend the test class to XCFit framework to use predefined steps.

Note that, we haven’t implemented single steps in the above class. There steps are coming from XCFit pre-defined steps, still our tests will pass.

It’s not enough to run scenarios in the Xcode itself, we also need to script those scenarios so that it can be ran from command line or with any Continuous Integration server.

Fastlane is very popular open-source tool used for the automation of the iOS development task. Fastlane can be installed using Rubygems using the command

We can run the tests using Fastlane Scan however, we need to do little bit of setup including writing Fastfile and configuring scan options. It might be bit tricky for any iOS developer who doesn’t have Ruby programming knowledge. Thankfully XCFit provides template for setting up Fastfile for us.

XCFit has pre-defined template for the Fastfile with all the required configuration to run our BDD Scenario using Fastlane Scan . XCFit will setup Fastlane directory with Fastfile for us so that we don’t need to worry about setting from scratch.

This will create Fastfile with scan configuration. We need to replace the values for the constants like WORKSPACE, DESTINATION, XCFIT_SCHEME etc etc  in the Fastfile then we should be able to run ‘xcfit’ lane.

You can see the tests executing from command line.

You can see that this lane is also creating reports in JUnit as well as HTML format for our test scenarios. It would super easy to plug this setup into any Continuous Integration server.

However, there are few caveats, you may find using BDD in protocol-oriented way but they are trivial.

You can clone the source code and execute the tests either using Xcode or using Fastlane.