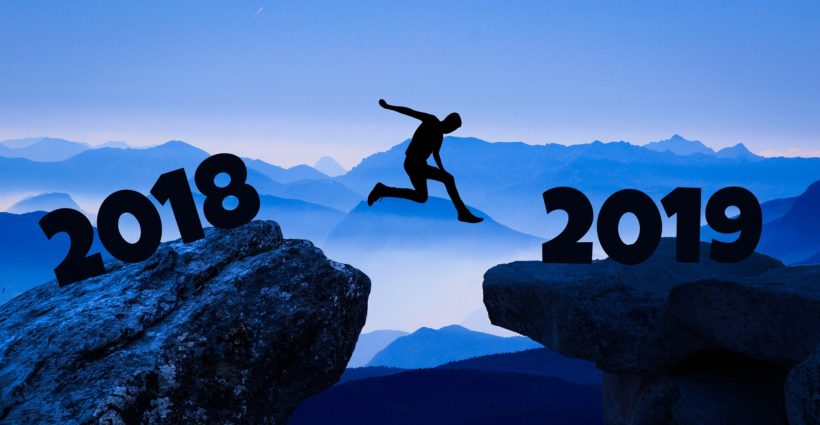 In 2018,  Mobile DevOps and CI/CD world have been shaken up by some big announcements and news. These announcements are either from Apple or from the open-source communities,  but these will change the traditional ways of doing CI/CD for iOS apps for sure. In this post, we will look back in 2018 to look forward in  2019.  We will see what has been changed in 2018 in the Mobile DevOps and Continuous Delivery for iOS apps and how it will potentially impact the iOS release and CI/CD process in 2019.

On new years day of 2018,  Apple acquired BuddyBuild and things in Mobile DevOps changes drastically. BuddyBuild is one of the great cloud CI/CD services for mobile apps. Since BuddyBuild becomes part of Apple, they have discontinued the support for Android apps. Also stopped receiving the new customers for iOS apps. This news was one of the big shocks for the companies using BuddyBuild service for both Android and iOS. These companies need to hunt for another CI/CD service for the Android apps which results in the costly migration work. This was also a big lesson for the companies using the Cloud-based CI/CD services, it makes them think whether to manage the mobile infrastructure in-house or outsource it to other companies.  We have covered the pros and cons of managing the mobile DevOps infrastructure in-house here.  Apple and BuddyBuild merger also put the future of Xcode Serve in question. This is also an alarm bell for the companies using the Xcode Server at the moment.

Fastlane has been used for automating iOS deployment pipelines for many iOS apps and it served well so far. As Apple has drastically improved the automation workflow in Xcode Server and third-party CI/CD services handle most of the underlying automation, the use of Fastlane tools getting redundant. Apple never provided an API to connect to Apple Developer portal or iTunes Connect. That’s the reason most of the iOS Developer has chosen Fastlane for automating iOS deployment pipelines. However, with Apple’s announcement of AppStore Connect API, most of the Fastlane tools will become redundant and sooner or later has to replaced with native Apple developer tools. The Fastlane community also become quiet on Twitter and Github, the project on Fastlane CI has been deprecated as well. This indicates that Fastlane has to be retired sooner or later. Be prepared for the shiny tools and App Store Connect API.

The bits of Fastlane tools like scan, gym will still work fine to build and test an iOS app but sooner or later you will have to adopt the new flow based on App Store Connect API. Prepare yourself to decommission Fastlane tools which are no longer needed e.g boarding.

Sooner or later, you have to migrate to the new workflow so it would be a great idea to start preparing for new tools and retire Fastlane and Ruby thingy from iOS projects.

Apple has launched TestFlight public links support where we can share the link and get peoples to test out the beta app. Public links can be sent out to up to the 10K testers but we can set the limit. The links can be disabled or enabled anytime to control the numbers testers. The most of the TestFlight features like creating groups, assigning builds to the group, manage public links, manage testers and test information can be automated using an App Store Connect API. The Phased releases for Continuous delivery + TestFlight enhancements can work together better for fearless releases.

Start using the public links for the TestFlight builds but be careful while sharing. There is the risk to leak the features to the public before we release. Start automating the process of managing the testers, group using the App Store Connect API.  Take a benefit of Phased release to test specific features in production without risk.

Apple also launched “App Store Connect” iOS app so that we can perform almost all the activities from the iOS devices without the need to go to the website. In the iOS app, we can

There are many things about pre-orders, In-App-Purchases etc from the iOS App.

Make use of iOS app to manage the all the App Store Connect features from your mobile.

Xcode new build system is designed to find the issues that can not be determined with the usual flow. We may need to adapt our iOS apps to help build the system to its job properly. We might get some failures when the new build system is enabled, we should fix those on a fly.

There are many AI-based, codeless mobile testing tools emerging in the market which takes an iOS app, generate test scenarios and execute them in the cloud. These tools also report basic issues in the apps without any configuration. Currently, there are few AI/ML-based mobile testing tools available in the market e.g test.ai for the mobile testing. The Applitoolsuses AI for visual regression testing. Bitbar announced the AI-driven app testing solution also known as AI Testbot to test mobile apps using Artificial Intelligence. These tools might change how QA activities performed in future and how AI-based tools can be used to support the iOS testing efforts.

Apple also improving the testing technologies every year. In 2018, support for the parallel testing has been announced to the next level by parallelizing test suites within single simulator by creating clones of the simulators. Xcode creates a different runner process under the hood and each process gets specific tests assigned. This reduces the test execution dramatically. More about Xcode Parallel testing here.

Make use of AI-based testing tools for testing iOS apps and adopt the parallel testing support for XCTest.

This will allow CI/CD servers to upload the pre-generated IPA files to the App Store more smoothly or even from the Linux servers.

Deploying iOS apps from the command line using xcodebuild tool using exportOptionsPlist. GIve it a try to transfer IPA files to linux servers and use ITMSTransporter to deploy the apps to App Store.

As the popularity of mobile apps is growing, most companies need architecture to build mobile apps faster. Therefore, in order to assure the quality and reuse existing code in multiple apps, companies started to build reusable software development kits (SDKs) and libraries so that the code can be easily reused in multiple apps. As the library code can affect multiple clients, it’s essential to ensure that the code quality of the SDK meets the requirements of all clients. In most of the companies, there is a setup of CI/CD infrastructure for the main apps but none for the libraries and SDKs. In reality, continuous integration for libraries and SDKs is very important, even more, important than CI for the main apps.

The trend of adding the CI for iOS SDKs and libraries will definitely increase in the near future so get all your mobile SDK and libraries on the CI server.

GitHub has launched the service GitHub Action which can be used for CI/CD of the Swift Packages from the Linux based docker containers. The detailed blog post how to setup CI/CD with Github Action for Swift packages here. The Github Actions can be considered as GitHub’s own CI/CD solution inbuilt within Github itself. The developers can create workflows using the GUI Editor or from the code.

Currently, this service is limited to the Linux Docker-based builds but who knows we can get the macOS images to use the GitHub actions. We can wait and watch what GitHub Actions brings to iOS development in the near future.

Keep an eye on GitHub Actions roadmap for iOS CI/CD.

In 2018, there are so many good things happened to release the iOS apps smoothly. Keeping all those news in the mind, we can prepare for 2019 and see what is coming next for the iOS release and CI/CD process. Hope I have covered the most of the stories from 2018, please let me know what you think & also ping me if I have missed anything