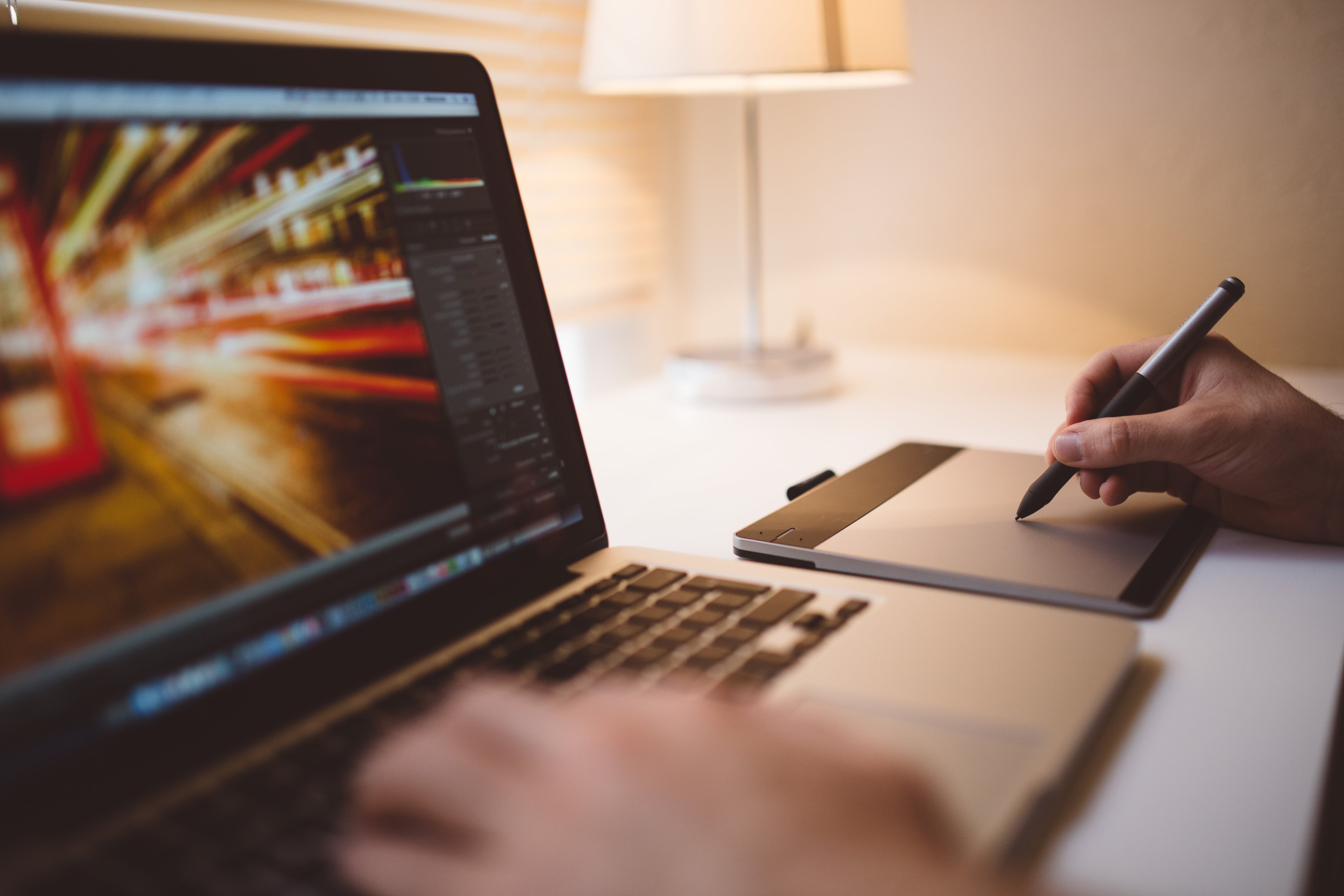 Apple has just released macOS Sierra public beta in the UK and we couldn’t wait to see new features of macOS Sierra and Xcode 8. macOS Sierra brings Siri to MacBook Pro with lots of performance improvements but I was keen to try features of the Xcode8 and Swift3 with my recent pet-project XCFit: Full Stack BDD framework for iOS and macOS Apps. I am very impressed with enhancements in the ‘xcodebuild’. In this post I will step by step guide to setup BDD for iOS10/macOS Sierra project using XCFit, Cucumberish, Xcode 8 and Swift3. 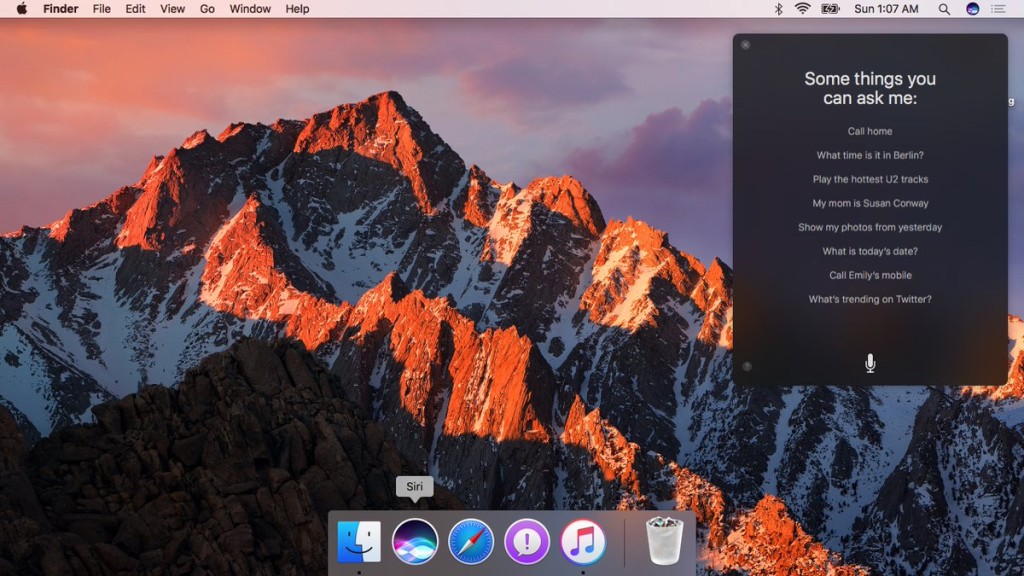 XCFit on Xcode8 and Swift3

XCFit is a full stack BDD framework for the iOS and macOS applications. You can read article on mobile DZone to know more about it. It uses Cucumberish and OCSlim to perform Acceptance and UI testing on iOS and macOS application and Apple’s XCUI Test Framework to implement steps. It uses Apple’s brand new XCUI Testing framework. Its native Xcode implementation, No Appium, Calabash etc etcYou can find official web page of XCFit on shashikant86.github.io. XCFit allows us to write API, UI and Acceptance Tests with Swift in human readable language using tools like Cucumber and Fitnesse in Xcode. We can still use Apple’s brand new UI Testing framework (XCUI) under the hood of Cucumberish. XCFit is fully automated solution for Cucumberish and Fitnesse. You can use 80(Fitnesse):20(Cucumberish) formula to automate Acceptance and UI Testing for better coverage and faster feedback. XCFit is available on RubyGem and CocoaPods.

XCFit works well with Xcode8 and Swift as well with minor tweaks. Here is what we need

Now whenever you create iOS or macOS targets for Xcode 8, you will see 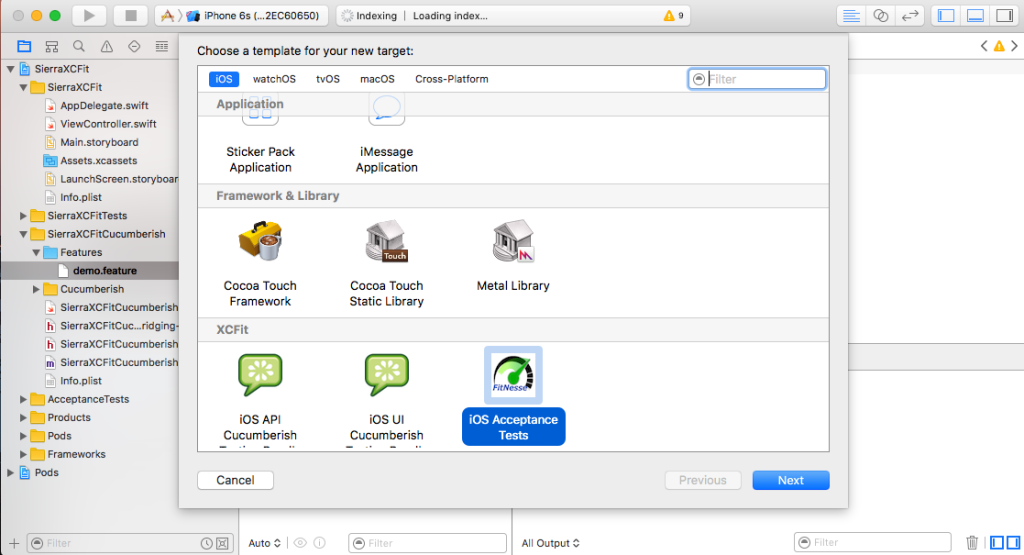 We can the add Cucumberish or Fitnesse targets from there. Let’s cover the BDD with Cucumberish as part of this post. Cucumberish allows us to write tests in Given When Then (Gherkin) format. You can now add new Xcode project and add Cucumberish UI tests target. You need to take following steps to get setup

This will download ‘Cucumberish’ and ‘Features’ Directory. You add those to Xcode as follows

This will generate preview. You probably need to fix Swift file in the Cucumberish target which Xcode do it for you.

Now, you need to write your sample feature file in the ‘features’ directory.

Now you are all set to run your first cucumber tests as this step is pre-implemeted by XCFit/Cucumberish.

Watch It in Action

Now we can implement new steps as we go on, we have a lot of steps here. Look at following implementation and most important brand new Xcode Font SF Mono. You now use Apple’s XCUI Test Framework under the hood of Cucumberish !! 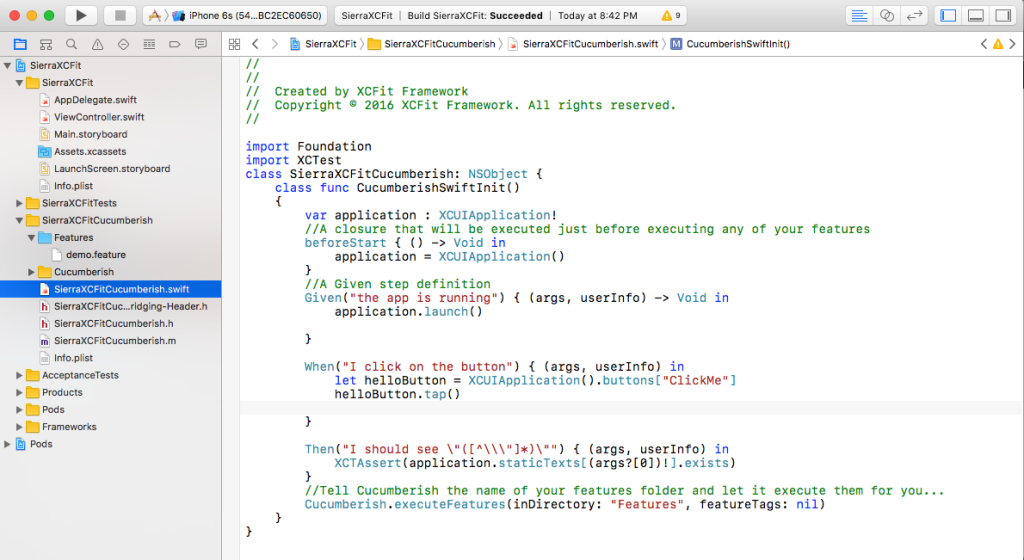 Now that,  you can run your Unit and Cucumberish Tests together by CMD + U but there are couple of option Xcode 8 provided to you.  “Build for Testing” which will create XCTESTRUN file future use of testing. We will cover those option with xcodebuild later in the post but in the Xcode it looks like this

The xcodebuild now has ‘build-for-testing’ option, it takes workspace scheme and destination as usual but on top of that it will create ‘XCTESTRUN’ file. Let’s see how we can use it with XCFit project above. Just need to run following command

This should build our app for the testing and create ‘xctestrun’ file. Watch it in action

The xcodebuid also has another option called ‘test-without-building’ where we don’t need to provide workspace instead we specify the ‘XCTESTRUN file which will inject that file and runs all the tests.

This feature can be highly useful for the distributed testing as we can created XCTESTRUN file at one machine and distributed to other test specific machine. In order to use it we can specify this option to ru tests without building

This should run our Unit as well as Cucumberish UI tests.

We can use this option to run just our Cucumberish UI tests like this :

You can see that Unit tests are skipped

Setting up Continuous Integration for Xcode 8

Continuous Integration is integral part of the software development. Ideally Cucumberish XCUI Tests should be set on Xcode Server  which is Apple’s own native CI server but I would wait until public release in autumn. Thankfully TravisCI has announced support for the Xcode8 last month which allows us to set CI System with Xcode8 project.

In order to set TravisCI build, you need to register and add repo and then create .travis.yml file. Add following to execute Cucumberish UI tests

Now that, You can trigger build after each PR and Push. Watch Live Build Here

We can set it to any CI server which supports Xcode8.

Give it a go

If you got a macOS Sierra and Xcode 8 and want to give it a quick go. Just Clone repo and execute following commands to see it up and running

You may or may not need to change simulator ID and you will be amazed to see BDD style running in your terminal with Xcode8 and iOS 10.

Looking forward we will see following

Hope you enjoyed this post  about new Xcode8 feature and Cucumberish.