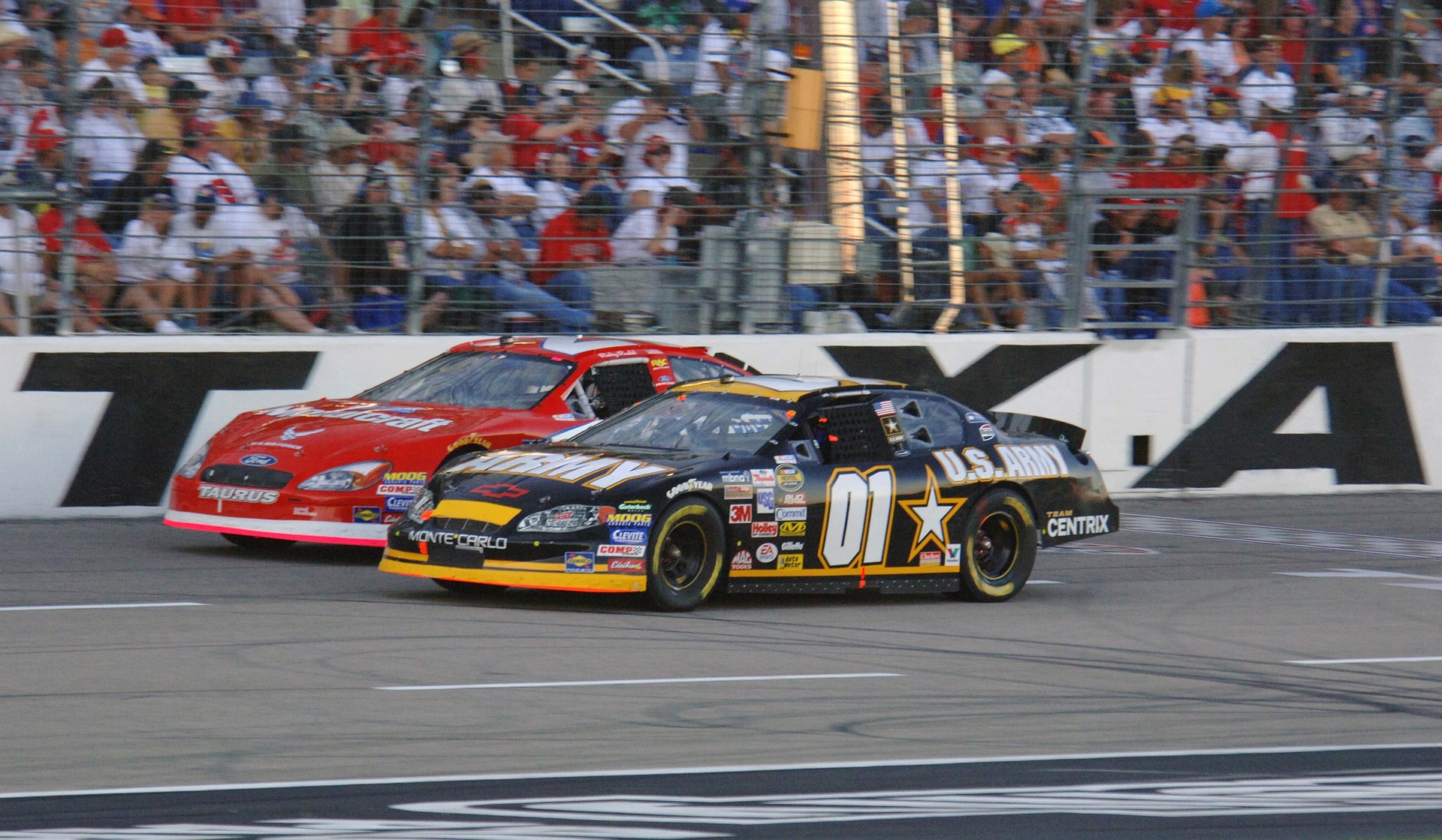 Fastlane has just released with Swift support from version 2.69.0 onwards which means iOS developers no longer have to write Ruby code to configure Fastlane in iOS or macOS projects. Fastlane is one of the great tools to automate iOS deployments, releases and all sort of common iOS development tasks like Code Signing, Managing provisioning profiles, certificates and versions from Apple developer portal. Fastlane provided programmatic implementation to automate all these tasks so that we can set up Continuous Integration and Continuous Delivery on any CI server.  However, iOS developers have to learn and write some Ruby code in order to configure Fastlane in the project which is one of the obstacles of using Fastlane effectively.  Traditionally iOS developers are skilled in Objective-C or Swift but not in scripting languages like Bash, Ruby, Python. Fortunately, Fastlane has announced Swift support so that we can use Apple’s Swift programming language to configure CI/CD setup for iOS app. In this post, I will share my first impressions of using Swift version of Fastlane.

Getting Started with Fastlane Swift

Fastlane has added brief documentation of how to get started with Fastlane Swift here but we will see how it looks like in action. First thing to notice is that even Fastlane has provided Swift support, it is still packaged as Rubygem, you still have to install Fastlane using Rubygem using following command

This might take few minutes to install all required dependencies. You might need to use sudo if you are using system Ruby that comes with default macOS. Once installed, we have to make sure you have Fastlane version above 2.69.0 to work with Swift. We can check that using   fastlane -v  command.

Now, let’s create a single view iOS project FastlaneSwift-Demo in Xcode. In order to check Cocoapods support let’s add some dependencies in Podfile.  Now we will initiate Fastlane for this project using the following command.

This will set up our project as usual by asking some questions about your credentials, app identifiers, schemes and you should be able to complete setup easily.

Once everything finished, you will see the message saying open Xcode project located at

This is additional Xcode project in order to configure Fastfile inside Xcode with all the autocompletion and syntax highlighting. At this point, you are good to use Swift for configuring lanes. However, if you want to see what has just happened, you may notice that Fastlane has created 8 directories and 34 Swift files inside fastlane  directory.

Now, let’s open Xcode project   FastlaneRunner.xcodeproj in order to understand what’s inside. We will see the project structure like this: 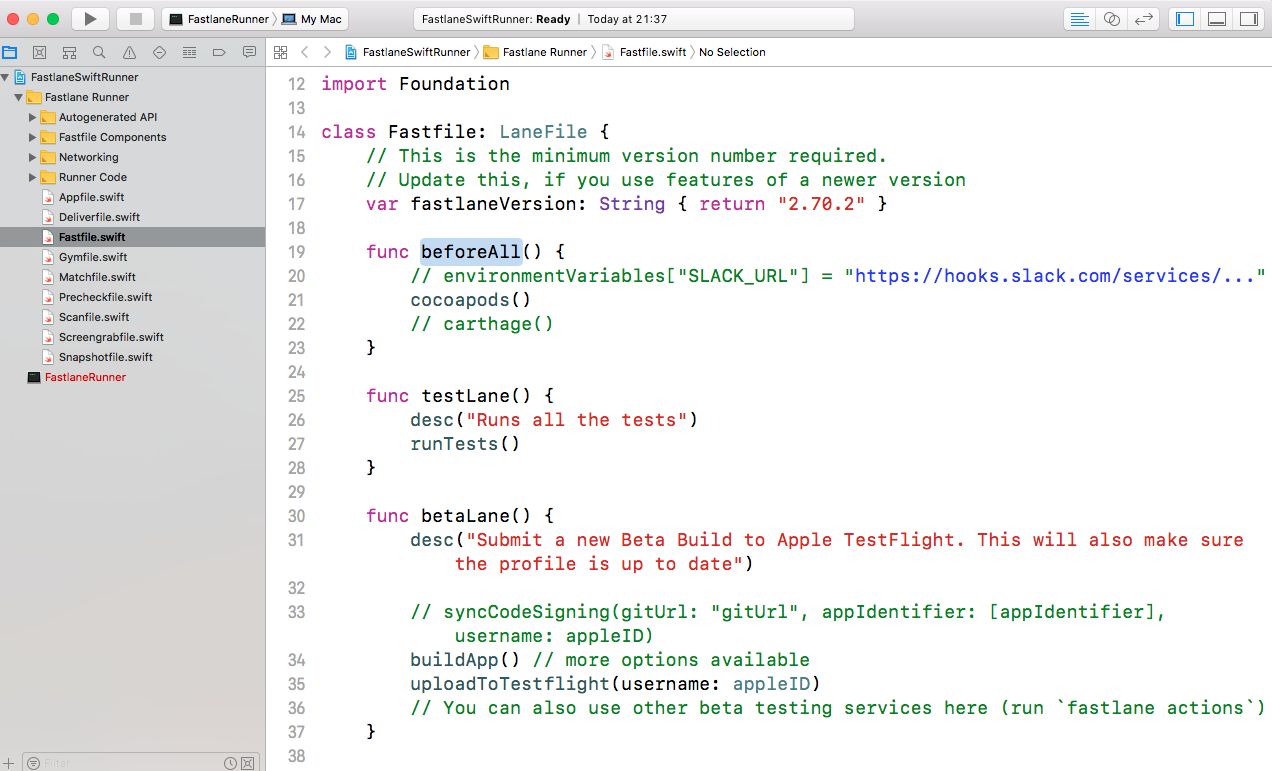 We can see that all the configurations like Fastfile  are now written in Swift. Now we can create lanes using Swift methods. We can all the available Fastlane actions straight withing lanes. Now, let’s configure our unit and UI tests to run with Fastlane. As you can see that Fastfile has already created lane testLane() to run tests that we can execute directly using

This will run all the available tests configured for the specific scheme. As you might remember from Ruby version that, Fastlane uses Scan in order to run Unit or UI tests. Let’s see how we can configure  Scanfile using Swift version. There are two files created as template ScanfileProtocol.swift  having all the options that can be configured and Scanfile.swift has template code where we can configure our options. Let add following options to Scanfile

Now that, we have configured our Scanfile and we can run the lane with our configured file.

You can see in gif above that, we have all the autocompletion and syntax highlight while writing configuration. Also, note that we can run tests using that configured lane but we have to manually select the scheme each time.

We can test this on cloud-based Continuous Integration services like TravisCI if you are using Github. We just have to create a file .travis.yml  and add following

Now that we can enable project on Travis and start running the builds on TravisCI.

I have created demo project on Github FastlaneSwift-Demo and TravisCI job here nut TravisCI not finished tests as its waiting for input for the scheme for some reason.

Fastlane Swift under the Hood

The way, I understand how the Fastlane Swift implemented is as follows

Pros and Cons of Fastlane Swift

Fastlane Swift has just born, so it would be unfair to say pro and cons but consider this as my first impressions of Fastlane Swift.

Fastlane has made great improvement by adding Swift support and huge thanks to contributor, it might be game changing in future. However, my personal opinion is configuration has to be configuration and should be written using config files and scripting languages. Unfortunately Swift isn’t the scripting language but it’s everyone’s personal choice. Until Fastlane Swift gets mature, I will stick with Ruby version. What is your opinion? I would recommend every iOS developer should give it a try. Please correct me if I am missing in this post.