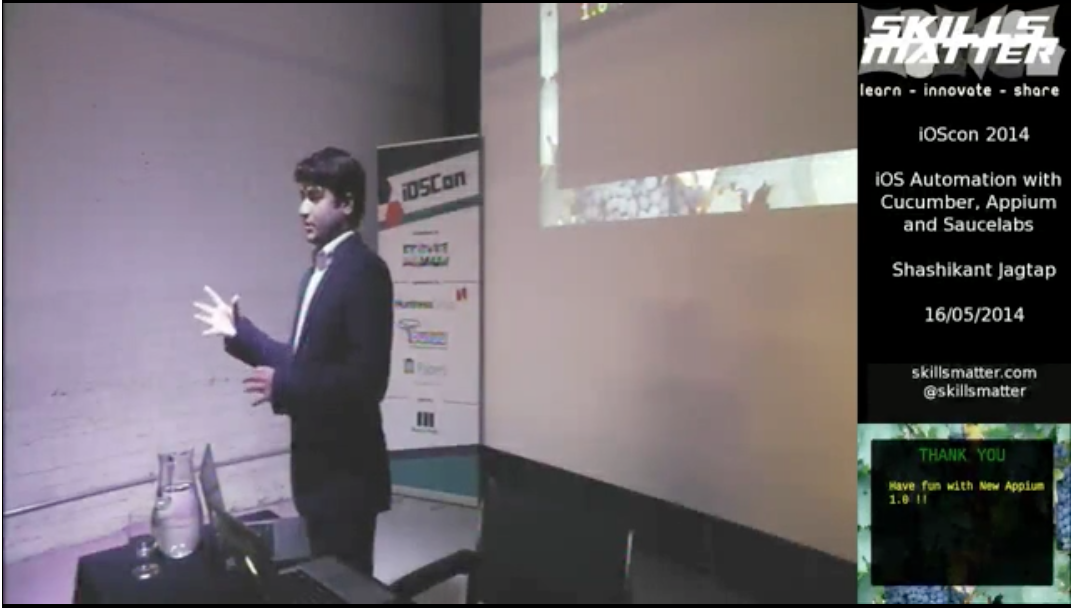 SkilllsMatter[@skillsmatter] has organised an awesome #iOSCon, iOS Developers Conference in London. The programme of the conference can be found here.

My talk on iOS Automation with Appium, Cucumber and Saucelabs has been selected for the conference in which I have covered following topics

The Slides of my talk can be found on the SlidesShare

You can watch the video of my talk by clicking on the image. Note: You may need to login to watch entire skillcast 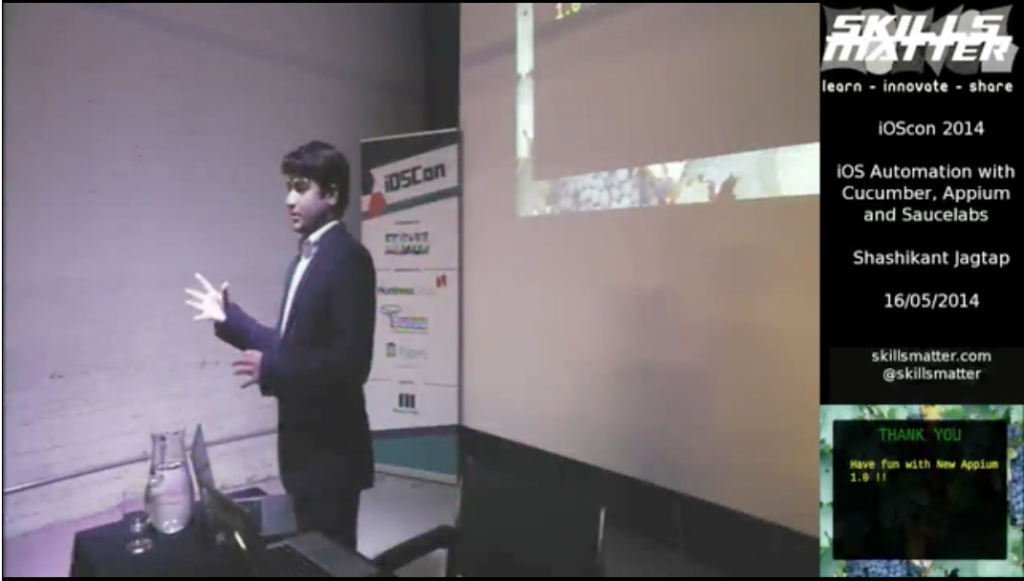 Many thanks to all of the speakers for coming along to #iOSCon! pic.twitter.com/MQ88No3ZvI