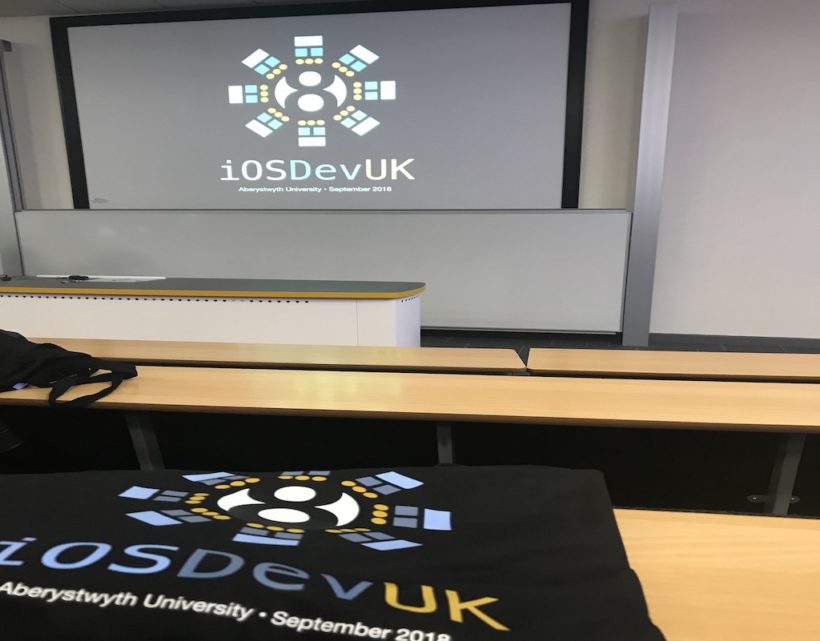 The UK’s best iOS Development Conference a.k.a iOSDevUK 8 was held on 3rd to 6th September 2018 at Aberystwyth University in Wales. This conference has been organised by professors of the university, mainly Chris Price and Neil Taylor since last 8 years. The purpose of this conference is to share knowledge about iOS Development and networking of iOS Developers all over the world. I was lucky enough to be part of this conference as a speaker and talk about DevOps for iOS Apps. In this short post, I will share my experience with this awesome conference.

This year iOSDevUK conference was live-streamed on Youtube first time ever. You can watch recorded videos on the official iOSDevUK Youtube channel. The conference has an official iOS app iOSDevUK 2018 that you can download from App Store. As there were many talks and workshops, we will cover a few of them in this post which interests me in particular.

This was an awesome talk explaining the characteristic of the great developer. Steve has more than 30 years of experience developing software and shares his views on developers practices and DOs and DON’Ts. It was amazing to hear about his experience. There were so many things, I have learned from this talk especially about being nice to people, have loosely held strong opinions etc.

This talk covered entire build, test and release process of Allegro shopping app. Ewa and Aleksander shared some cool tools like Mull for mutation testing, snapshot test case from Uber, and many more other tools for speeding up releases at Allegro tech. The key takeaway from this talk was to writing quality unit tests is important regardless of the number of tests.

In this talk, Elliot shared some cool tips on creating modular reusable libraries that can be shared across multiple apps.

In this talk, Francisco showed the live demonstration of Create ML and Core ML technologies using sample iOS app with the trained model. I have already explored CreateML and wrote about this but it was interesting to see the models trained with 60K images.

Kateryna explained how Zalando uses internal tools for tracking. After the talk, just browsed Zalando’s open source project and I found some cool tools developed by them.

It’s possible that you might have heard this talk before as it’s almost in every iOS conference. I listened to that talk before and it’s always good to hear something new about Vapor. This time I have learned how to use JSON response from local files rather than JSON based models. It’s easily achievable by enabling the middleware in the Vapor that creates the public  directory where we can store JSON files.  Thanks to Tim for showing me this.

As usual, there were so many great talks lined up for the conference but I will cover only that list mentioned above.

I was lucky enough to talk about DevOps for iOS apps at iOSDevUK conference. I have covered some of the things that we are doing at Yoox Net-A-Porter Group on CI/CD practices. The main points of my talk

Slides of my talks can be found on SlideShare here

An official iOS app iOSDevUK 2018 for the conference has been developed by Neil Taylor and he has open sourced it. The app is completely written in Swift and available on GitHub here

It would be a good opportunity for other iOS developers to give him hands by adding some cool new features to the iOS app.

iOSDevUK- Steam Train and Other Fun

The iOSDevUK conference wasn’t just full of talks and workshops, there was so much fun involved in it. There were social drinks on Monday 3rd September at Wetherspoon Pub where I got a chance to talk to amazing people from an iOS community.

There was so much more fun at iOSDevUK that I have missed as I couldn’t attend talks on Thursday as I have to rush back to London.

In my opinion, iOSDevUK is the best conference I have ever attended. Great people, Great talks, Great Organisers and Great location. I would highly recommend iOSDevUK conference to all the iOS developers all over the world. Already missing Aberystwyth and friendly people over there.  I can’t wait to join them next year. Thanks a lot, Chris Price and Neil Taylor for organising such an amazing conference.