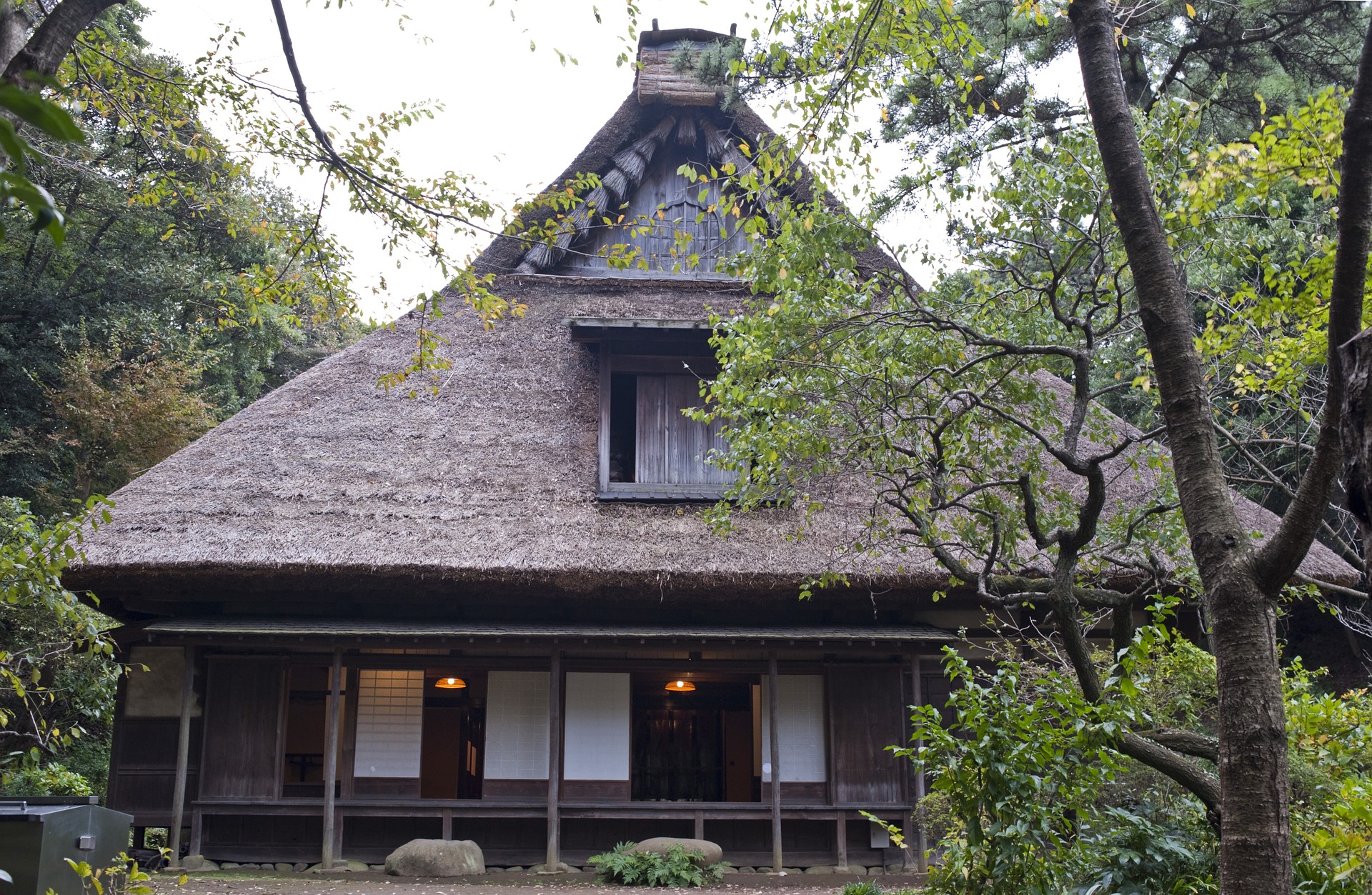 Believe it or not, setting up and managing DevOps tooling is a brainfucking activity. It’s true for both web and mobile application development. It requires the deep understanding of server and networking technologies, automation with complex scripting, cloud technologies and 24 x 7 Monitoring support. This became a cause for a headache for many entrepreneurs, project or program managers to the point where many choose to outsource this process altogether to some other company or use cloud-based providers to deal with this. The DevOps activities became a white elephant in the web and mobile application development. The application developers don’t possess the skills to deal with DevOps toolings and having dedicated DevOps team is too expensive for business as it doesn’t generate business revenue directly. In this post, we will see why you badly need to consider In-House mobile DevOps in 2018. Yes, in 2018 because you might be affected by BuddyBuild purchased by Apple at the start of New Year. At the end of this post, hopefully, you will see some of the benefits of having In-House Mobile DevOps

So What the heck is DevOps? that’s the million dollar question and the short is ‘Nobody Knows” i.e there is no concrete definition of DevOps anywhere. There are various myths about DevOps. Some people say it’s set of tools, it’s new development methodology, it’s team that manages CI/CD, it’s jobs title or role but none of them is true. The way I understand DevOps is very simple, take it or throw it but  my definition of DevOps is

DevOps is vast, there are millions of blog posts, thousands of white papers, hundreds of books and there is novel to explain the concepts of DevOps. There is a novel called  “The Phoenix Project: A Novel about IT, DevOps and Helping Your Business Win”, OMG such a long name but it has nuts and bolts of DevOps. I strongly recommend this to everyone who wants to understand DevOps in and out.There is no need follow predefined processes, techniques or tools for DevOps practices, however, DevOps has three pillars mentioned in the novel that you should follow i.e System Thinking, Amplifying Feedback loop, Continual experiment & Learning.

Developing the websites and mobiles apps are two completely different set of activities. They differ in technologies, infrastructure, processes, tools and skills so it’s hard to mix both things together. As a result, DevOps practices or toolings used for web and mobile are also different. The techniques and processes can be same to manage both web and DevOps but there are some major differences in tooling. We will cover the 5 basic differences here

There are major differences in the tools and technologies for developing web and mobile applications. The programming languages used for mobile native developments are Swift, Objective-C in case of iOS and Java or Kotlin for Android. There are some other hybrid frameworks available for developing web and mobile together. However, web applications can be developed using millions of programming languages like Java, Ruby, PHP, Python, JavaScript etc. The tools for Continuous Integration also differ a lot for the platform to platform. e.g Jenkins is a very popular tool to deploy web applications to everywhere however it doesn’t always a good choice for mobile continuous integration.

Unfortunately, it’s not possible to put all the required data into the application so both web and mobiles apps rely on some sort of backend services or API that provides data to them. The services may or may not be designed to serve both web and mobile so its essential to find out any change in backend services can affect either or both mobile or web app. There needs to be separate attention required for mobile apps as well.

In most of the companies, the mobile DevOps activities are either handled by cloud continuous integration services or handled by different companies or departments within the same company. Let’s focus on what are those activities and why they are always cloudified (not sure this is an English word)  or outsourced. There might be millions of DevOps activities that we have to carry out apart from normal development activities but we will cover the major one.

These activities are time-consuming, hard and requires special skills on top of application development skills. The important thing is these activities are often considered as secondary activities. The businesses conder that they don’t earn money by investing in those activities, they find it hard to get buying to do these things.

There are some reasons the mobile DevOps activities are always handled by cloud-based providers or some other team.

Here, we can simply say that covert the cloud-based pros as self-hosted cons and vice versa but we will put it in a different way

Now that, we have seen the pros and cons of both self-hosted, as well as cloud-based CI, provides to manage Mobile DevOps activities. It’s time to make a decision what to choose self-hosted or cloud-based? The short answer is “It depends” and I hate this answer. I usually hear this answer from the conference speaker for the tough question. Remeber this whenever someone answering saying “It depends” it means that guy is totally confused and don’t know the real answer. Anyway, but my personal advice would be if you have enough DevOps enthusiasm and skill then you should definitely go for the self-hosted solution. Here are top reasons

You might be wondering how we can save money by In-House DevOps? Its hard at the start but once the team got a grip on DevOps tools then it would be much cheaper in long run. Companies building mobile applications have to buy devices for testing purpose anyways and buying another piece of hardware won’t be big deal. I think its much cheaper than paying the huge bill every month. I am not going into the accounting details but if you are thinking about a long-term project and long-term benefits you must have to go for the self-hosted solution.

The builds in the cloud are very slow. It requires booting new VM, installs dependencies, software packages, prepares keychain, import certificates, checks out source code etc. We have to repeat the same for every build. It adds additional few minutes for every build. With self-hosted solution with good internet speed, we can save many hours per day. The cloud CI gives inconsistent test results, especially for UI tests. You will end up spending more time investigating issues that were not the real issues.

With self-hosted DevOps solution, you have full flexibility to install any software or packages. You can code your entire build and infrastructure and use it anywhere on any machine using configuration management tools. We can benefit from last beta tools and real device testing with a self-hosted solution. We can try and experiment new things on our own servers. You should be able to define and manage build configuration and whenever things go wrong then you know the ropes. We can fix it easily or rebuild entire server. In case of cloud, if something goes wrong then you spend days to fix issues which might turn out the problem with your cloud provider. You might need to their support team take help to fix your build issues. Why should you go to someone else to fix the problems of software that you are building? You should create your own destiny.

Privacy and Security have to deal with priority for any organisation. If you are big established company and would like to hand over your sensitive data to outsourcing company or cloud-based providers. Not all the time but there is potential risk always there. Can you imagine a situation that your startup cloud-based provider got hacked? who will be responsible for that loss? You got my point, right?  Let’s move on.

If you heard the news at the start if the new year that Apple buys BuddyBuild, which might have affected many Android users of buddyBuild. Now, they will be removing Android support with 2 months of notice. As a result, many Android teams might be looking for another option XYZ. What if XYZ got sold tomorrow, you should be hopping between the cloud-providers. Instead be smart and build your own regime.

Some tips that you can use to successfully implement In-House Mobile DevOps within a mobile team.

2018 started with news that might be affected many Android users of BuddyBuild which was an indication to companies to think on their Mobile DevOps strategies. Having Self-Hosted In-House solution is always better for mobile app development rather than third-party services. You might struggle at the start to learn DevOps toolings but it will have some great long-term benefits. What do you think about self-hosted solutions? Share your ideas or swear at me in the comments below.