Docker is becoming incredibly popular in the recent days. Docker containers are lightweight and can be launched as required. Well, this post is about provisioning Cucumber-Capybara BDD framework inside docker in order to execute Cucumber scenario inside the containers. This will install all the supporting tools as mentioned in the BDDfire.

In order to setup, Ruby-Cucumber framework inside docker, I have created a Docker image on DockerHub, called ‘docker-bdd‘

You can get click on image above to get to Docker-Hub and pull ‘docker-bdd‘.

Assuming you have Docker setup in your machine, you can launch docker vm. Please use docker docs in order to get you setup with docker.

Now, let’s pull the Docker image and let it provision

This  will pull Ruby docker image and start provisioning PhantomJS, RubyGems and BDDfire. You can find detailed build output on dockerhub. Build logs can be found here 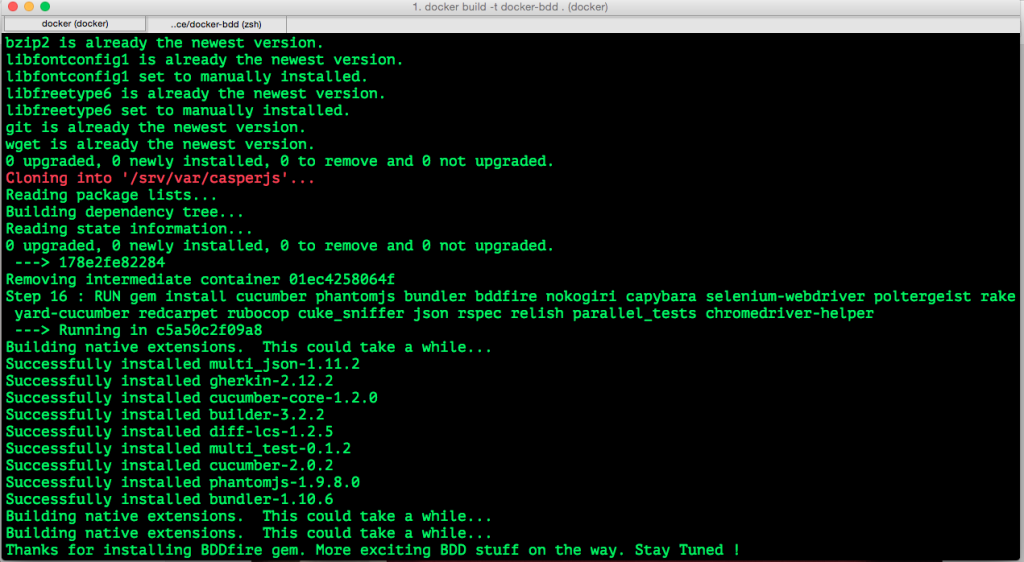 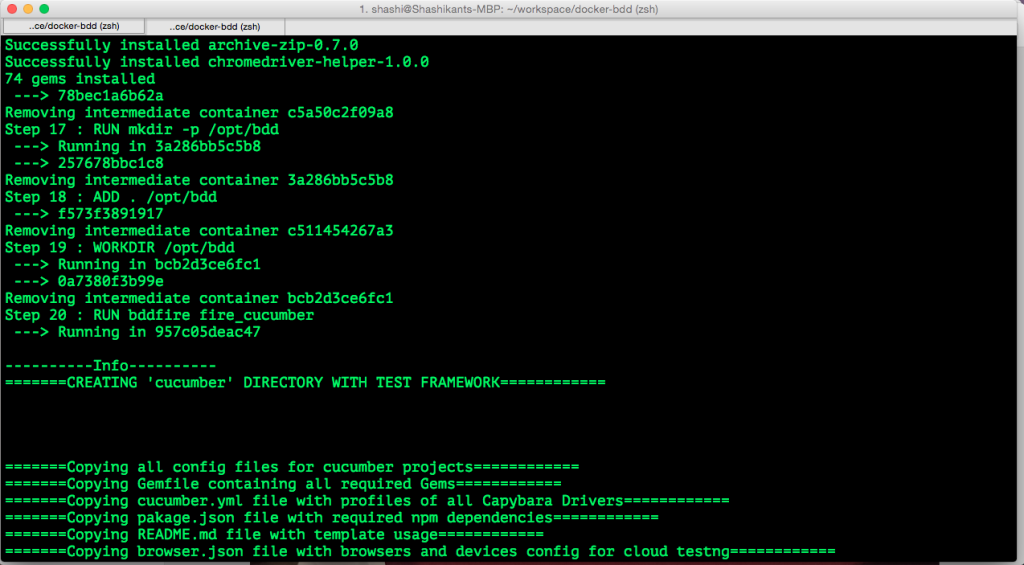 Assuming pull is success, we can now check that docker image is present. It should look something like this :

Now, We can launch container with following command:

Now that you should be inside the docker container and in the ‘/opt/bdd/cucumber’ directory with all the gems installed.

You will see the cucumber scenario is passing with headless PhantomJS based driver Poltergeist. 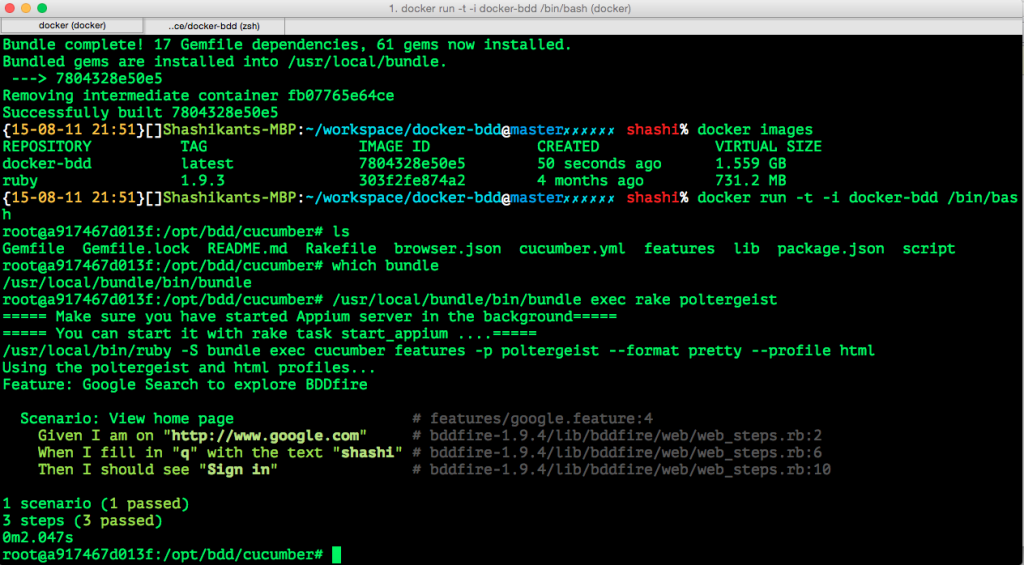 You can add more scenarios and run them inside docker container.

Feel free to give it a try. Source code is on Github

Let me know if you got stuck !