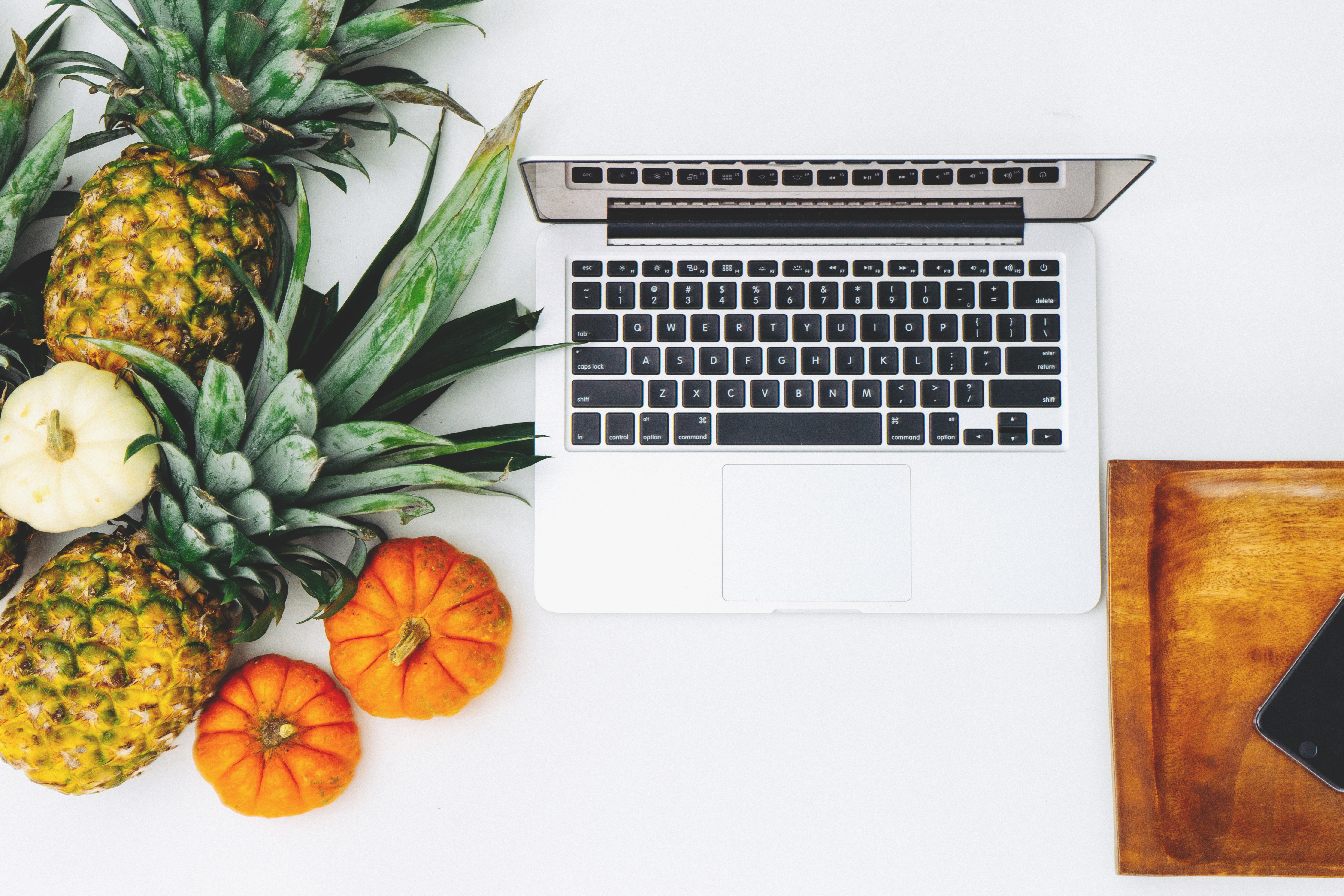 Behavior Driven Development a.k.a BDD is a recent and modern software development agile framework. While writing software using BDD, we use different tools but code is structured in similar way. It consist of following

The support code consist of configuration of the environment and driver  (selenium, phantomjs etc ) for the web acceptance framework. The example of the support code file for the cucumber (env.rb)

Hook is the piece of code that can be run before or after each scenario, feature, suite or step. There are different types of hook. [hook.rb]

The config file can be used to set profile with which we can run our features. This file can also used to generate reports. [cucumber.yml

We have example ‘Gemfile’ where we declare all our dependencies.

This may be optional but you can create a directory for storing html reports and other reports like cuke_sniffer reports. On CI boxes, you can create and delete these directories temporarily. 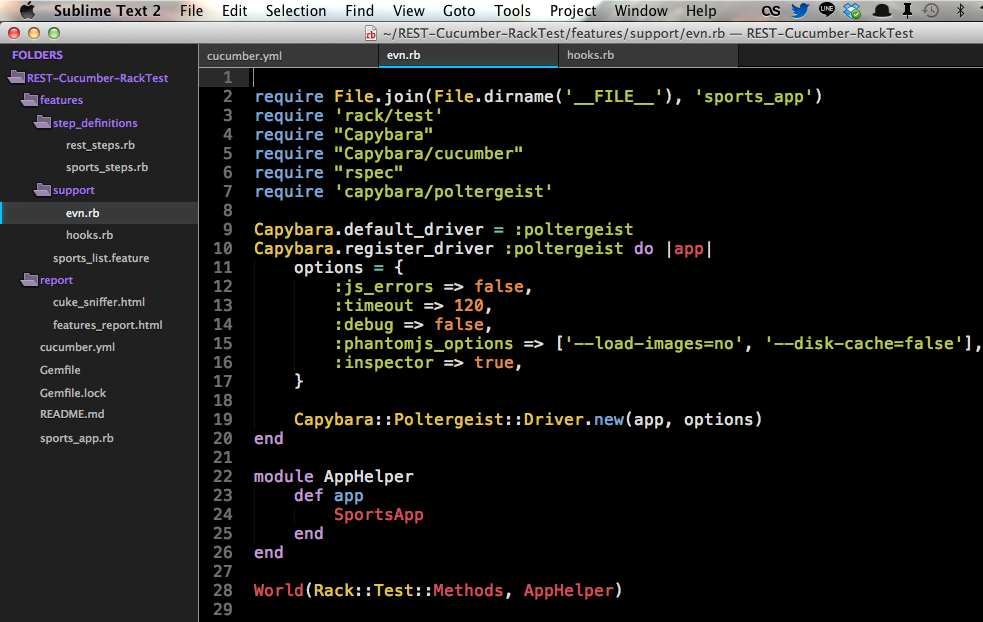 Cuke_sniffer is the ruby gem and can be used for the code analysis for any cucumber project.

In order to use Cuke_Sniffer’ you need to have ruby version above 1.9.3.

Or Simply add this to your projects ‘Gemfile’

You are done  and ready to use cuke_sniffer.

When I run it with demo project, I got 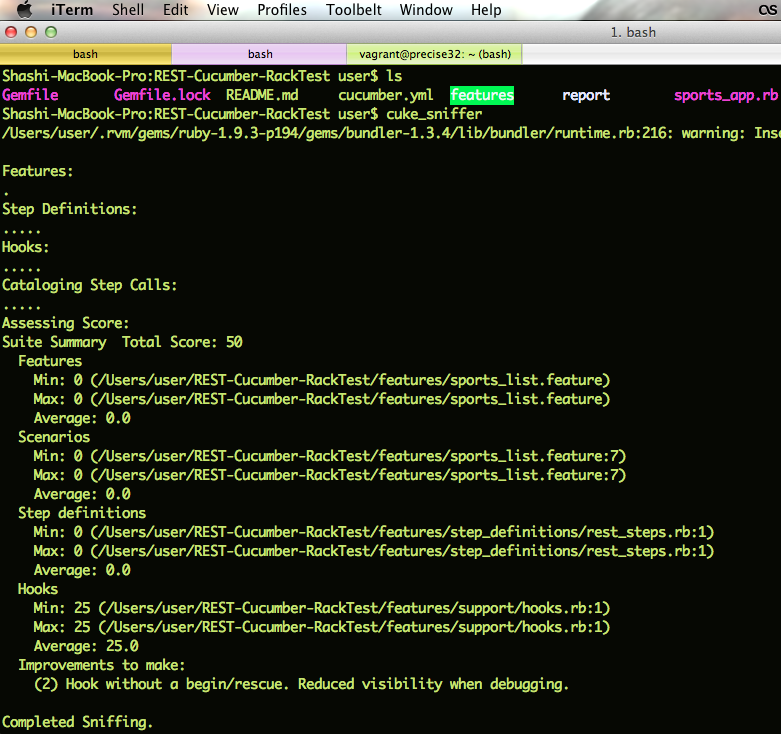 This will generate html report and for the code analysis. 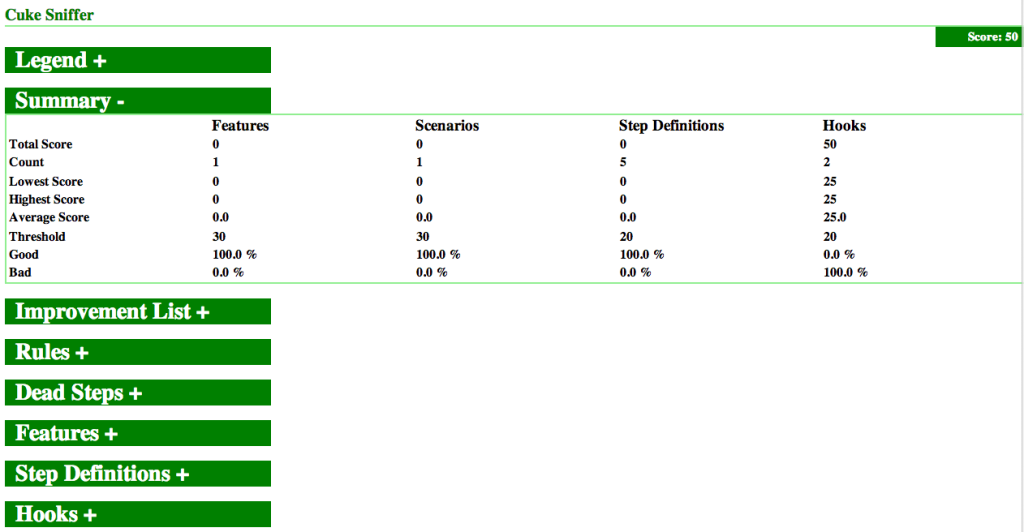 Source code of this demo is available on the GitHub

HTML Report can be found here.

Cuke_sniffer can be used in the any Cucumber project for better BDD code and improve code continuously.