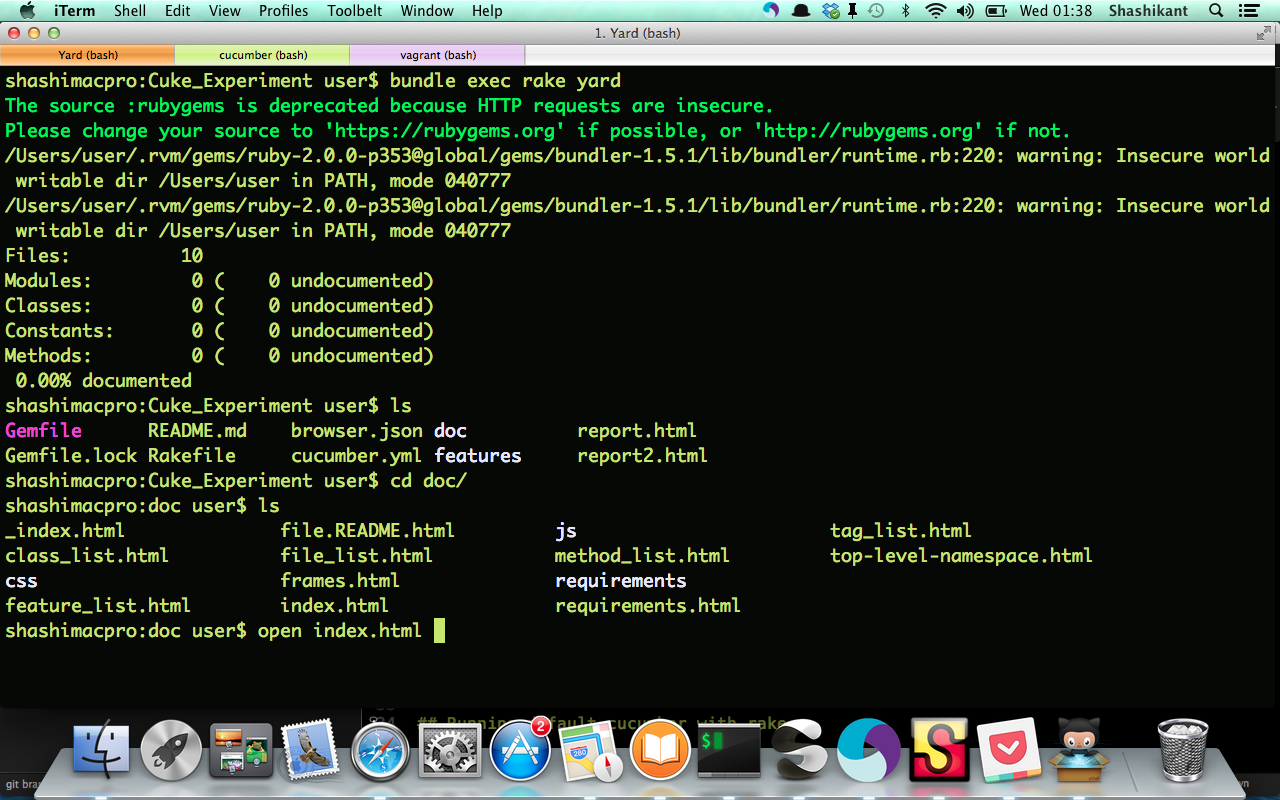 BDD with Cucumber, Capybara and Poltergeist

Cucumber is a awesome BDD tool which can be used with different web acceptance testing frameworks and different drivers. We can use BDD combination of Cucumber + Capybara + Poltergeist to automate acceptance criteria. Read my previous blog here to know more about it. 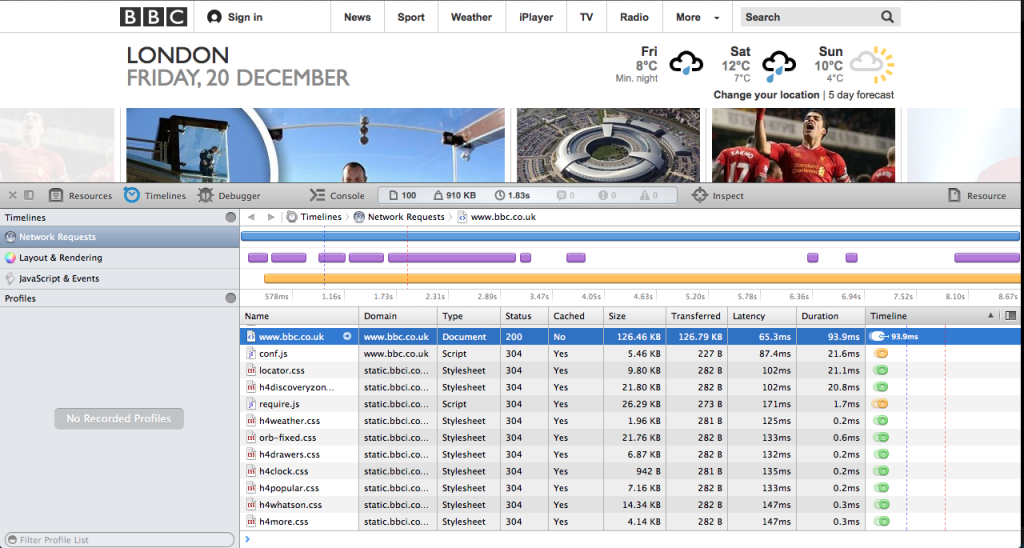 This is a developer tools used with Safari 7.0.

Poltergeist is a headless driver for capybara which uses PhnatomJS to run scenarios without popping browser window. There is a GitHub repo ‘Poltergeist-Demo‘ to see Poltergeist in an action. Poltergeist has a amazing method to inspect network traffic on the page

Add following Gem into your Gemfile

Now, we will create configuration to register Poltergeist driver. We need to create ‘features‘ directory and ‘support‘ subdirectory and add ‘env.rb‘ file

Now, we will create a simple feature file ‘features/home_page.feature‘ 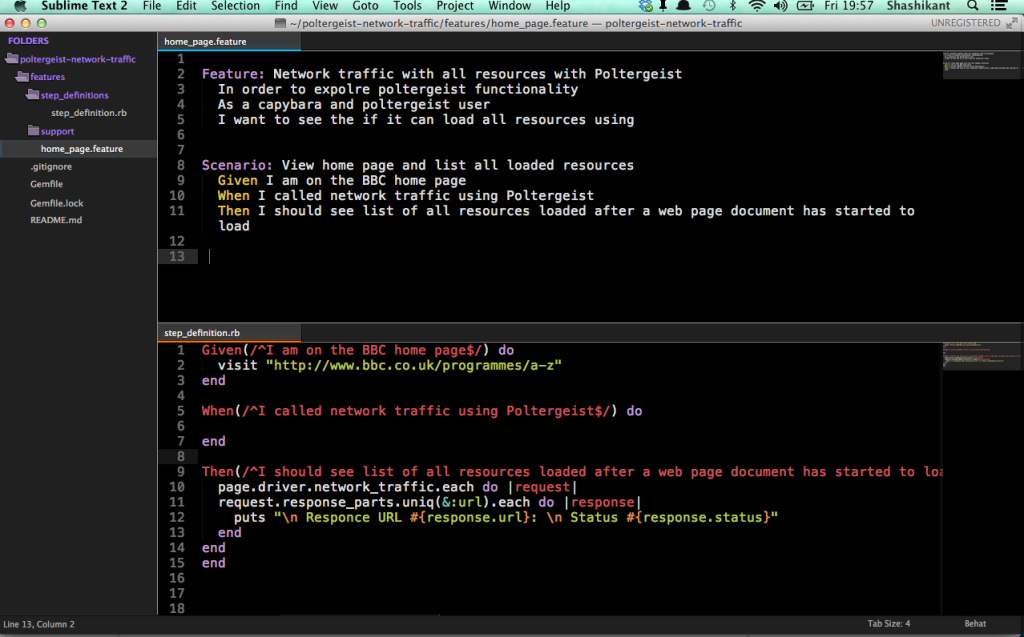 We need to use ruby 1.9.3 for this tutorial, you can use RVM to toggle between different ruby versions. If you are using OSX Mavericks, there is a open issue which sends chatty PhantomJS output while running cucumber. We need to run ‘cucumber’ with some hack 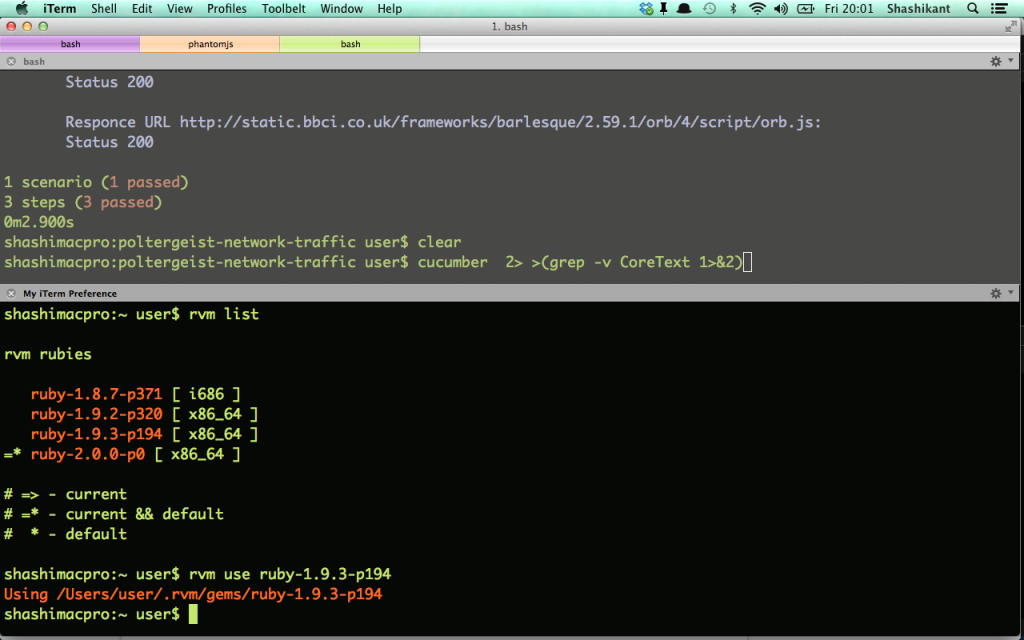 Now lets run cucumber and see the output with list of resources loaded on the page with response code for each. 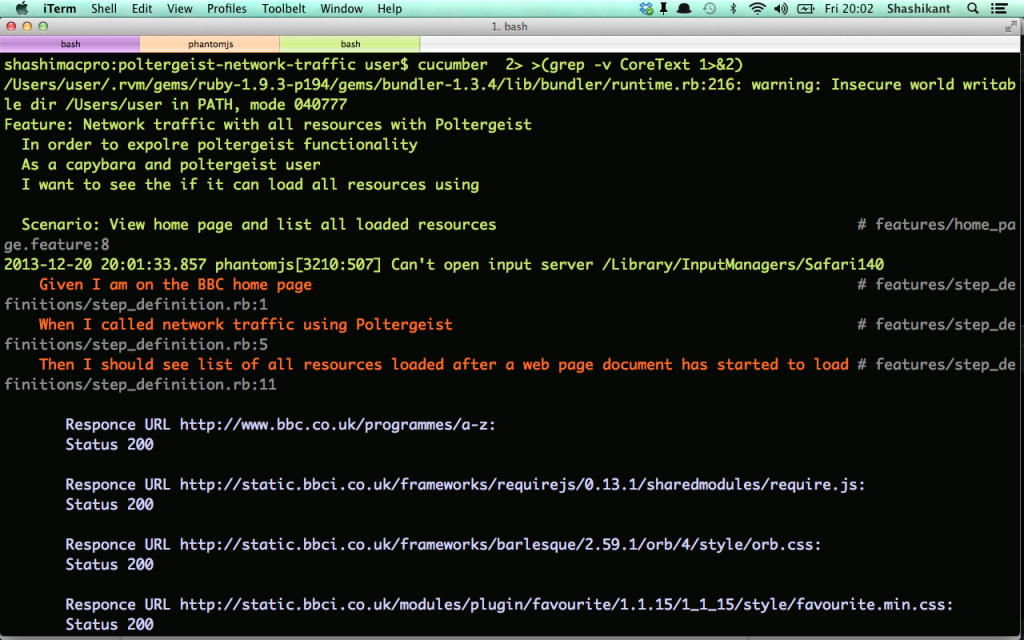 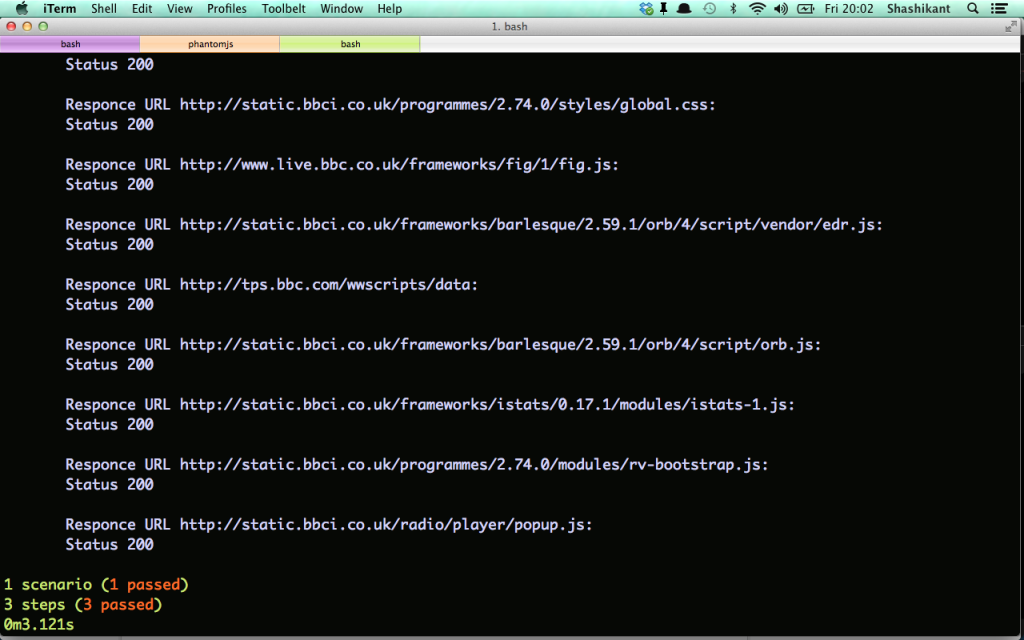 What can we do with Network Traffic

Well, Sky is the limit ! You can lots of fancy things with captured network traffic. Like

You can find GitHub Repository ‘poltergeist-network-traffic‘