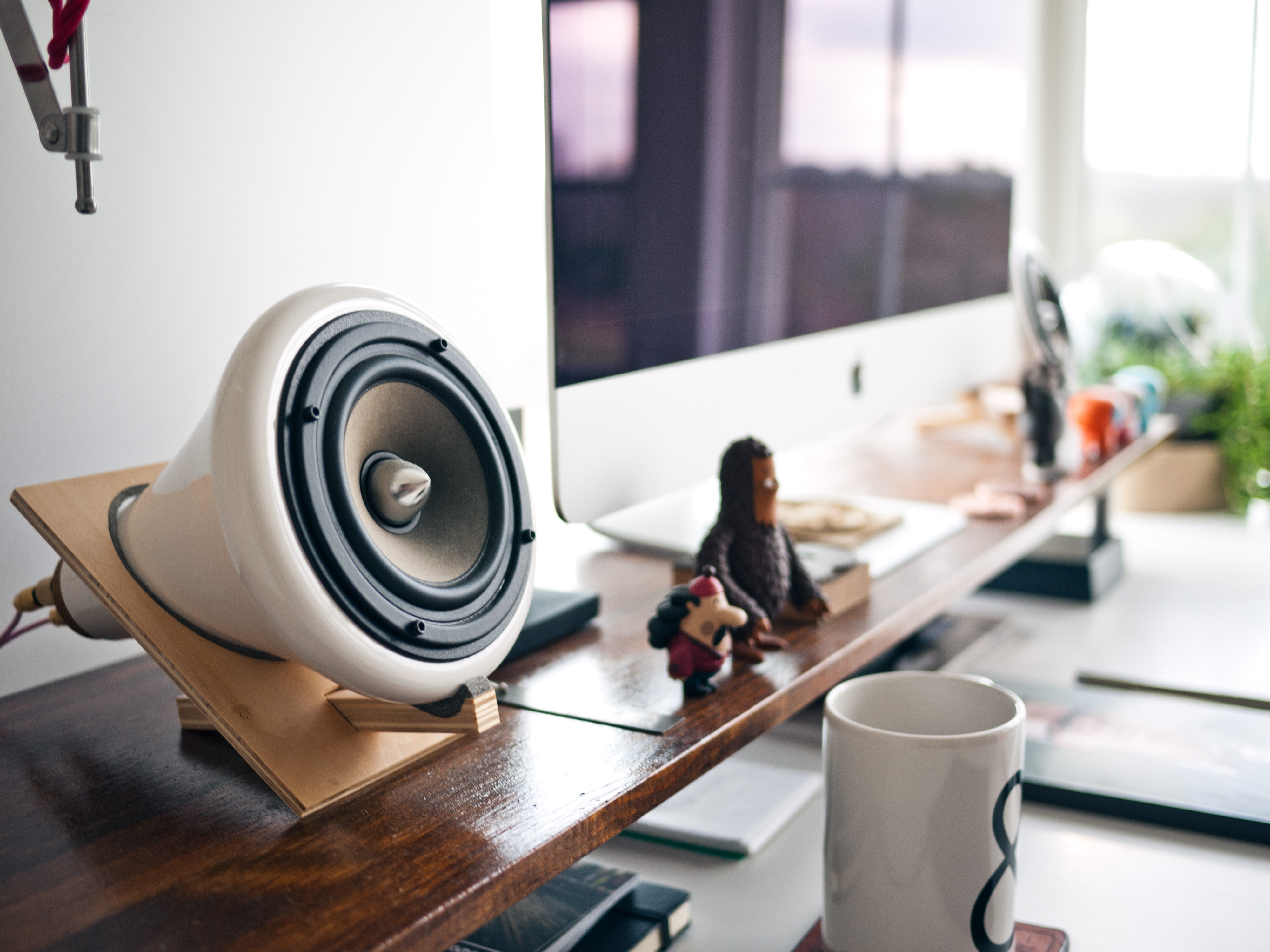 Vagrant is a great tool to build and distribute development environments. Vagrant allows us to keep development environment configuration same on various machines in order to avoid issues like “It works on my machine !”. If you haven’t started with vagrant please go though the getting started guide of vagrant. It’s very easy to setup. I have written up a post with detailed screenshots here

Vagrant can be provisioned with various provisioners. We can use basic shell provisioner or Chef or Puppet to provision vagrant boxes. My choice is Ansible ,  there are many reasons to choose Ansible but here are few

Now that, we will provision Appium Android and Ruby environment with Ansible on a vagrant box. Appium is a mobile test automation framework. In order to set it up, we need following technology stack

On Mac OSX, you can install Ansible with Brew

Let’s create a project directory and Vagrantfile inside the project

We have specifiled box name as ‘ubuntu/trusty64’ which is a ubuntu desktop 14.04 also we have provided host name as ‘appium-ansible’

Second part is all about USB connection with Vagrant Box. We need to specify vendorID and ProductID of the attached device in order to recognise the device by the box.

In the final part of the Vagrantfile, we have specified config file ‘playbook.yml’ for ansible.

Ansible uses ‘playbook.yml’ file to provision vagrant box. This file has all the task, to know more please read ansible playbook. You can find our project ‘playbook.yml’ on GitHub here.

Now we will configure all required debian packages for ruby, appium and nodejs 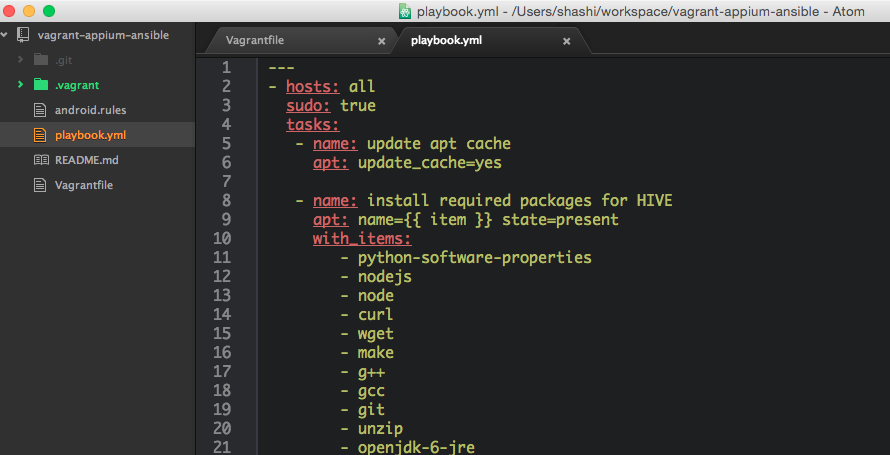 This part of the playbook file install Android SDK and Ruby/RVM. 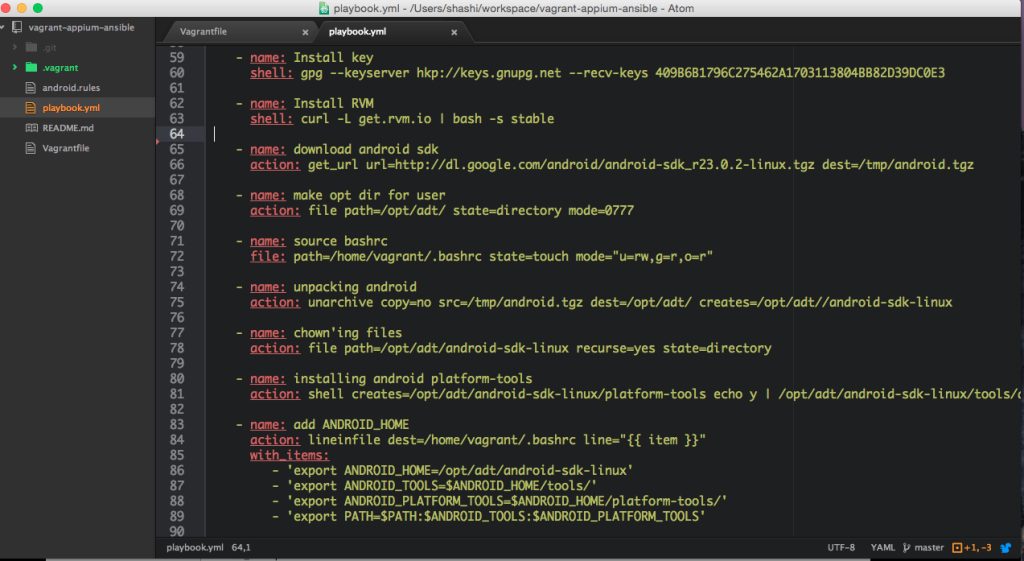 We also need out android.rules file which will be then copied to ‘/etc/udev/rule.d/51-android.rules’
Sample file can be found on GitHub here

Now that, we are all set to boot our vagrant machine. We can now run command

This will boot new ubuntu box with specified host name. 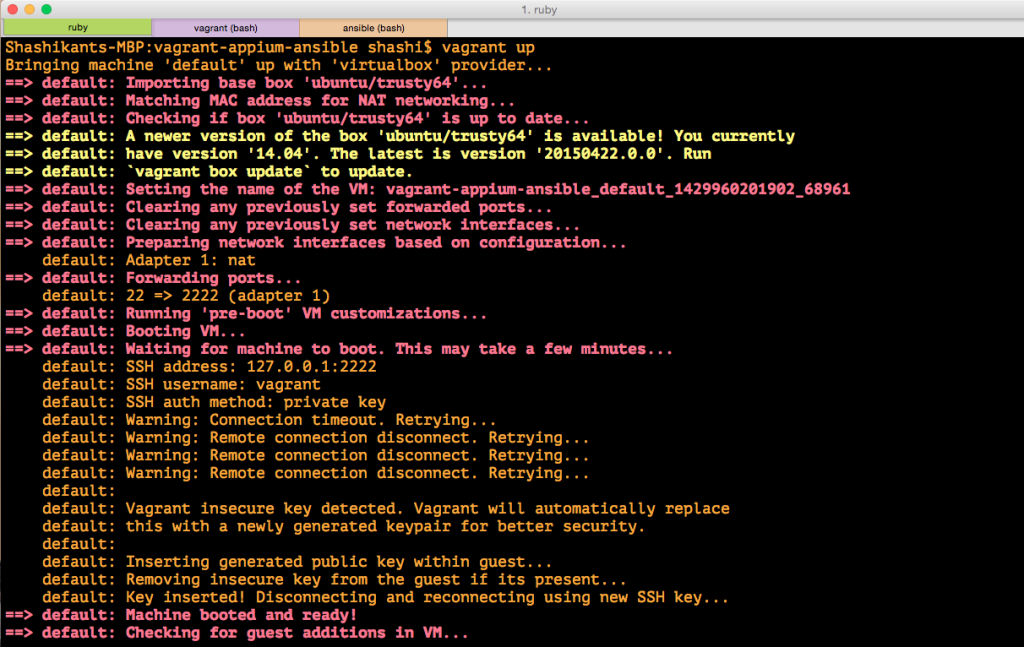 Now, our machine is booted and ready. It will now start provisioning from our playbook. 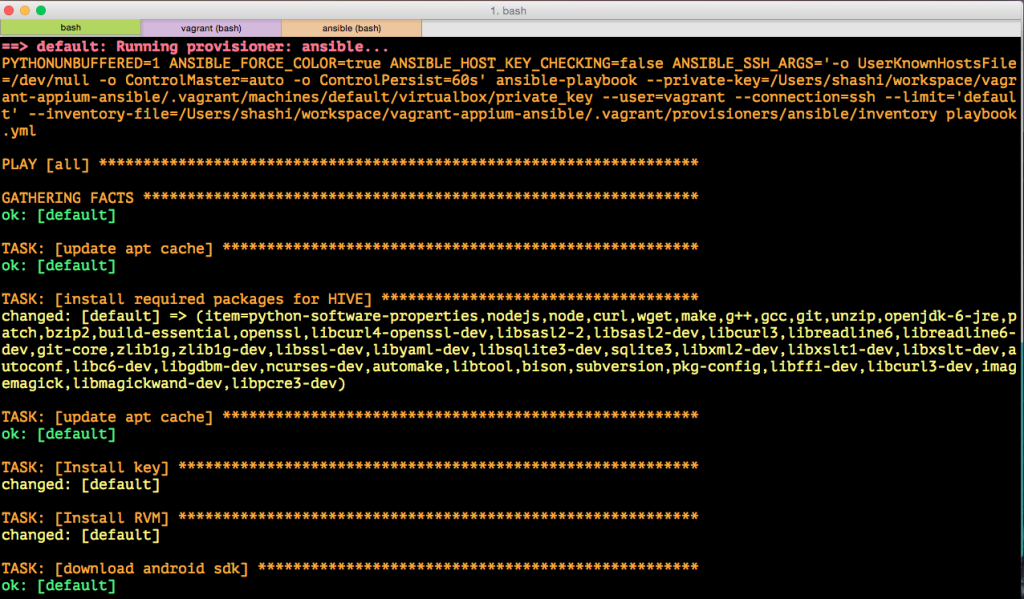 Ansible will then install Android and Appium as follows 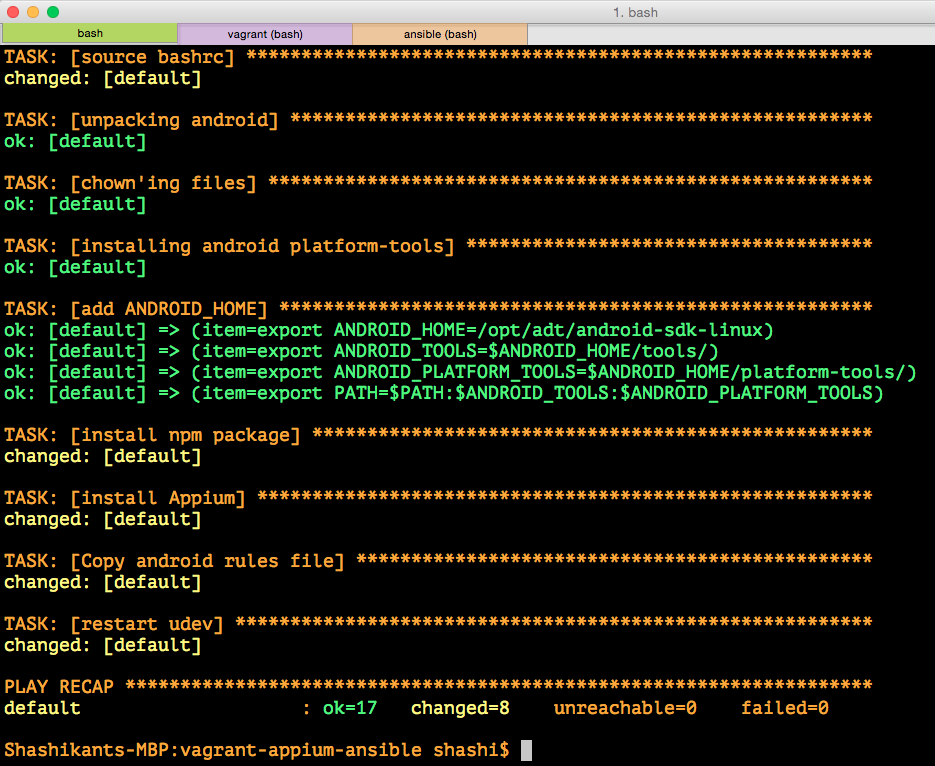 Now that we have our ubuntu machine fully provisioned with Ansible tasks. Now lets ssh into the machine and check all the things installed correctly 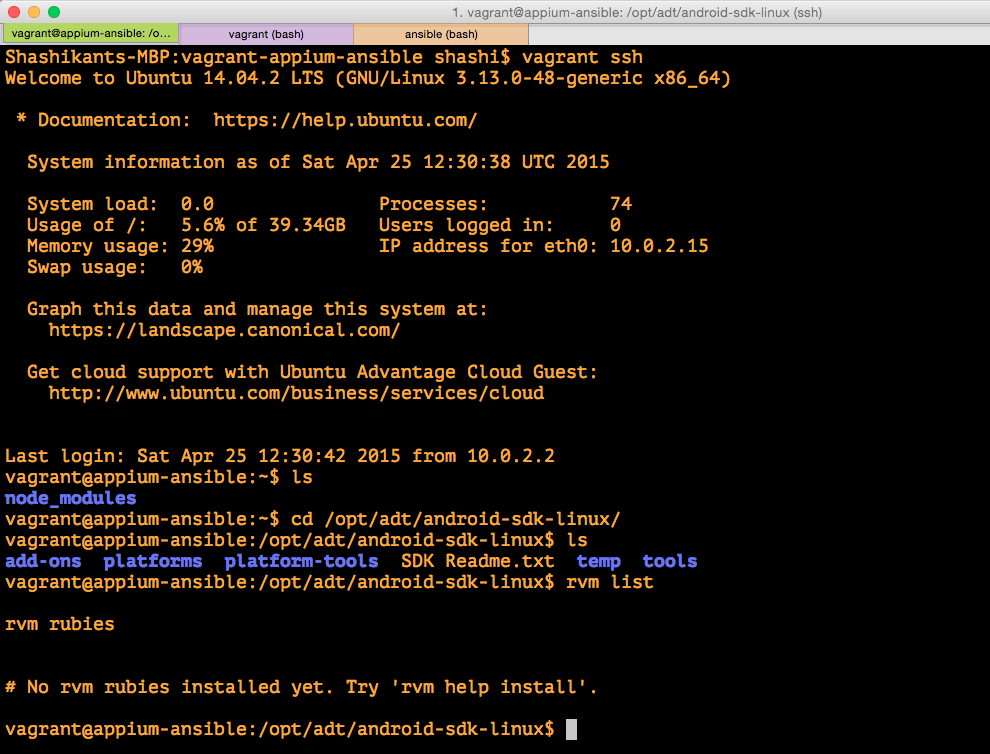 We can see that Android SDK and RVM and NodeJS has been installed correctly.

Now that, we have ‘node_modules’ directory with appium installed. We can launch appium server like this

We can now make use of the Appium server to launch our mobile automated scenarios.

You can find source code on GitHub ‘vagrant-ansible-appium‘